Hey everyone, it's Mauricio again! This week I got to take part in two awesome experience's! The first one was the sand sculpting  competition in revere on Sunday. The second was tie dying with the kids! 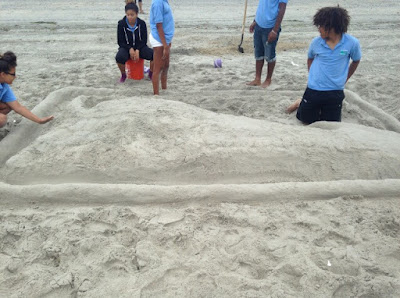 The sand sculpting was great! It's so awesome how we worked as a team to create the logo for Save The Harbor!  We didn't happen to win but it was a good feeling to know we finished and that our co-workers won! Thanks Mike for the pizza that was clutch! 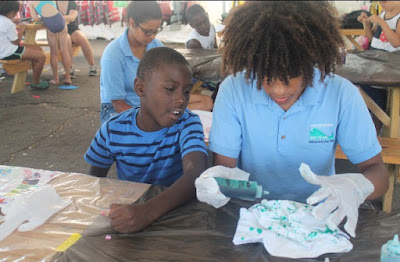 Now on to Tie-Dying! This was so much fun! The kids were able to do something that isn't a everyday thing. The kids were thinking of great color combos! I got to make my self some awesome socks. This was a good arts and crafts idea by Nikita, on a hot day so the kids could get some shade instead of always being in the sun!

Well that's all and till next time, Sincerely Mauricio