Today I was able to work at Courageous and it was their Parents Day. It sounded like a hard day but it was a really fun day. My first day at Courageous I vowed never to touch the gross crab traps, but today there was a big flounder in the trap so I had to try to get him out. He was soooo slimy that I couldn't get a grip and he was sliding everywhere. I had to bend over and reach in. It smelt so bad, but I knew we had to get the flounder out or he would eventually die. So I was elbow deep in sea squirts and sludge from other gross things in the trap. It was a very difficult thing because it was gross and challenging to pick up the flounder without getting cut by the trap. I did succeed in getting the flounder out and in the water, but I didn't escape without an arm full of cuts. As gross and painful as it was, it was also rewarding in the end. 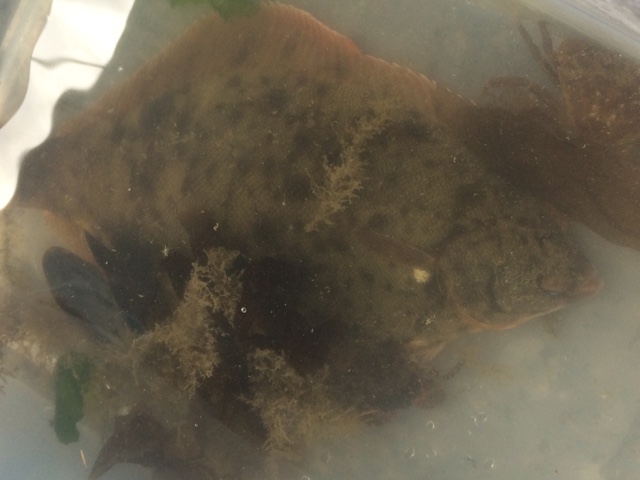 Also, today was challenging in the sense that we were dealing not only with kids, but their parents too. Working with the parents was difficult because they did not know our procedures for simple things such as pulling up the trap, so it was a learning experience in how to speak to someone older than ne firmly, yet respectfully. That was a skill that was very helpful and I will be able to use forever. I was also able to work with an amazing group of kids, one of which was my best friend's sister, Samira. I was so happy to have taught her how to fish. 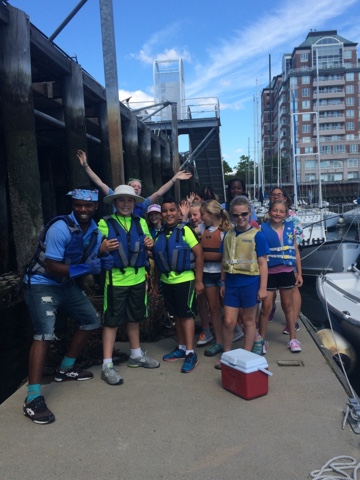 This has been a great week and I hope for more exciting things to come. Until next time!
~Jayda