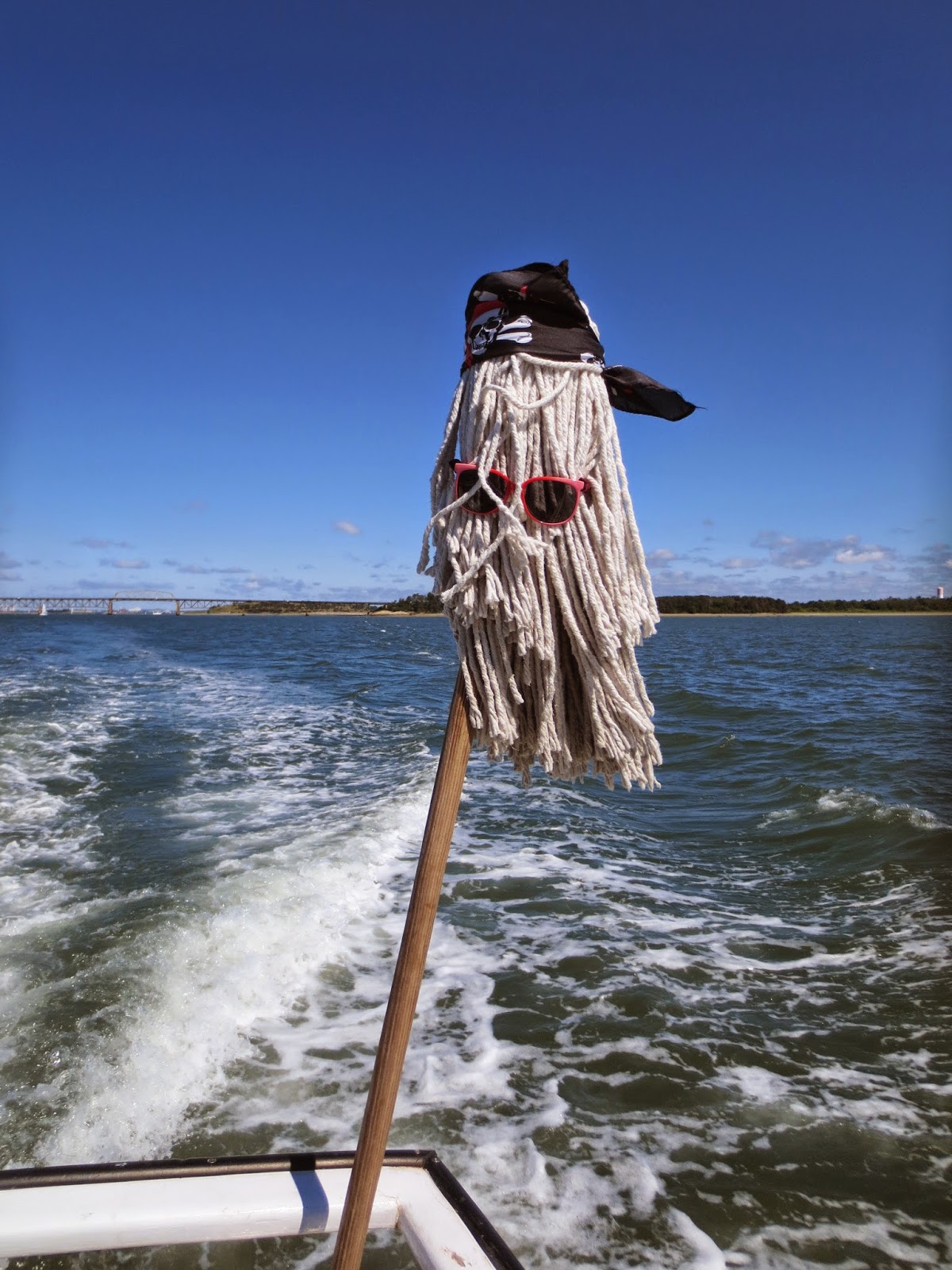 This past Thursday we once again had the privilege to take a ride out on the Belle for yet another CHV fishing trip.

Coming off of Wednesday's storm, the morning started on chilly side. While there was very little breeze in the city, once out on the water a very stiff and persistent wind made itself known—showing all intention to make fishing difficult. I was nervous that the day would be filled with more tangled lines than fish, but Capt. Charlie—with his boundless wisdom of The Harbor—assured me that he had a spot with lots of fish and less wind.

After a quick shot under The Long Island Viaduct we dropped anchor. As promised the wind was gone, but to our dismay, we found that the current was going to prove equally difficult to tame. Caught between changing tides and worried that this too would only lead to tangled lines and no fish, we discussed a move for calmer waters. Fortunately our eagerness to fish was too great and we elected to stay put and try and deal with the conditions at hand.

Two ounces, four ounces, neither even got close to the bottom. After adding even more weight we finally hit bottom, but still couldn't hold. We had already had to cannibalize many of our rigs to get enough weight to hit bottom and were now down to just 5 rods capable of achieving this depth. We wondered if we were just waisting time at this spot. The sudden tapping of a fishing picking up the bait let us know that we were not. As a matter of fact, once the bait touched down and began to skitter across the bottom it was almost immediately picked up by a fish. This happened on nearly every drop, resulting in lots of Black Sea Bass action. 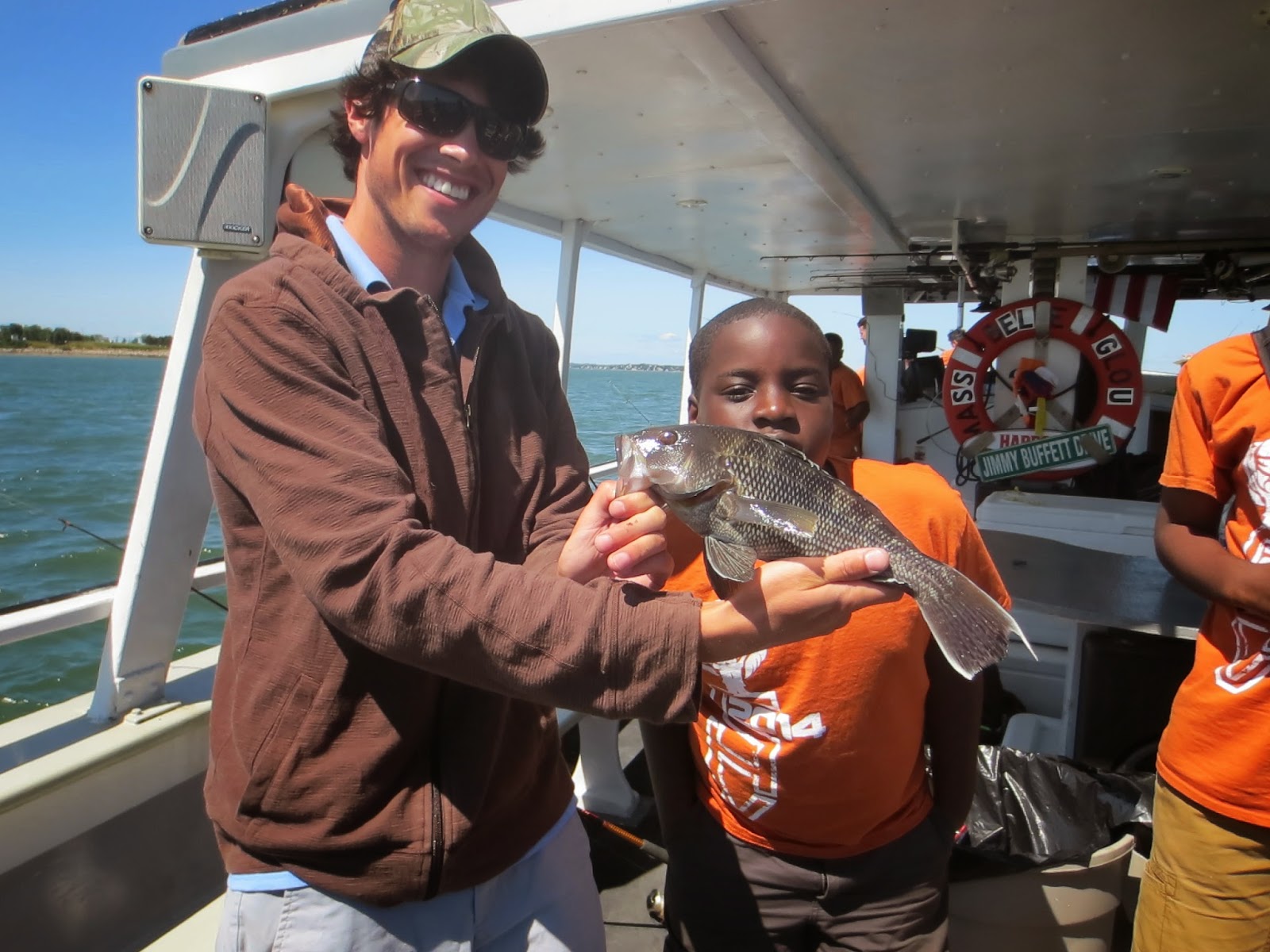 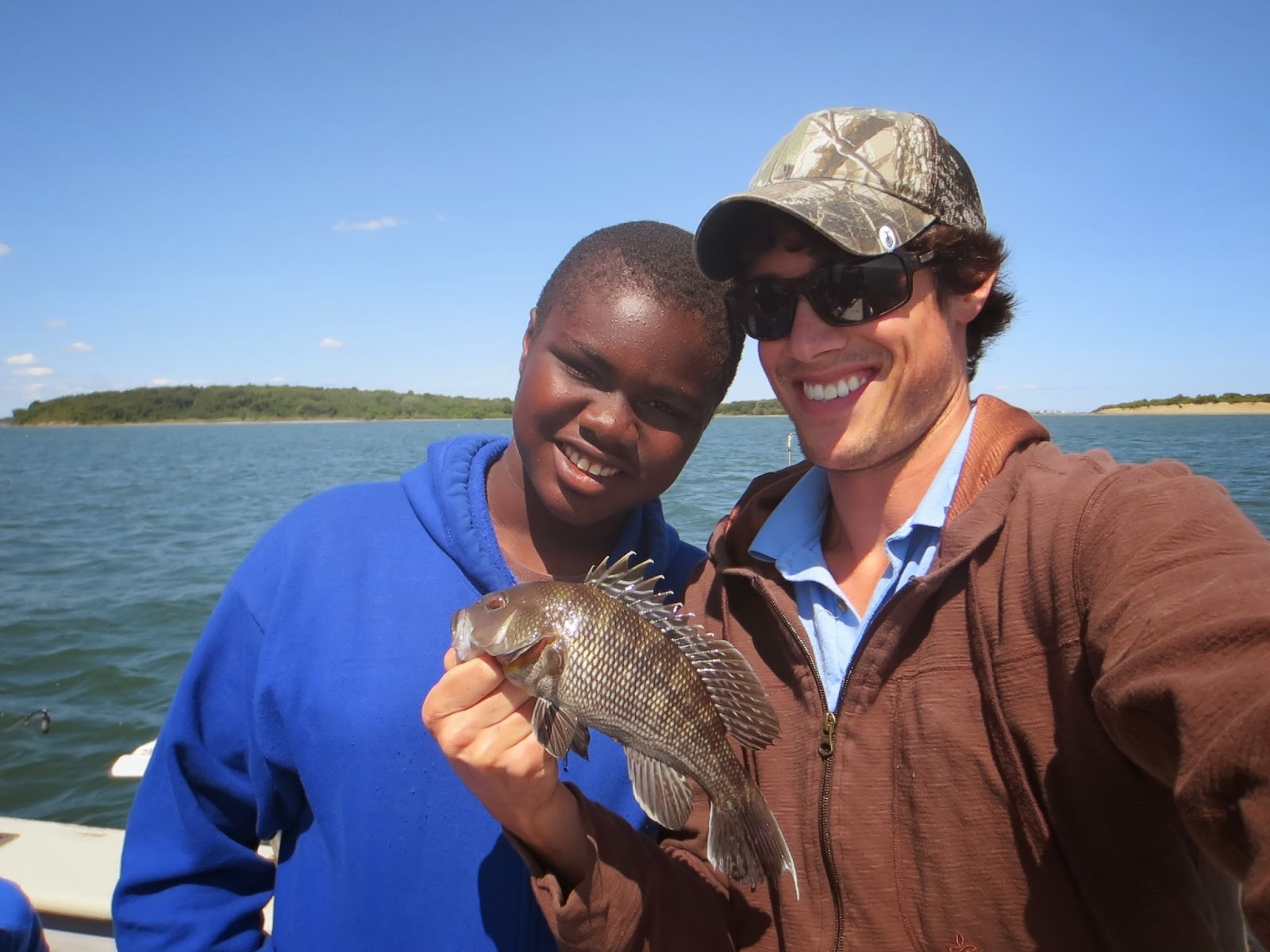 Even rigs that were too light to reach bottom in the formidable current caught fish. Scup were feeding higher up in the water column, and more than eager to take a sand worm.

The highlight of the trip came when Andrea, one of our fantastic Junior Program Assistants, hooked into a big fish. As line screamed off the reel, we first thought that the drag was simply set too light; but as the rod doubled over we knew that a decent fish was on the other end of the line. As she fought the fish's powerful runs to the bottom in fast current I expected the worst, knowing full well that the thin wire flounder hook at the end of the line was not built to take on a fish of this caliber. To my surprise the gear all held and Andrea successfully reeled in the first tautog of this summer. 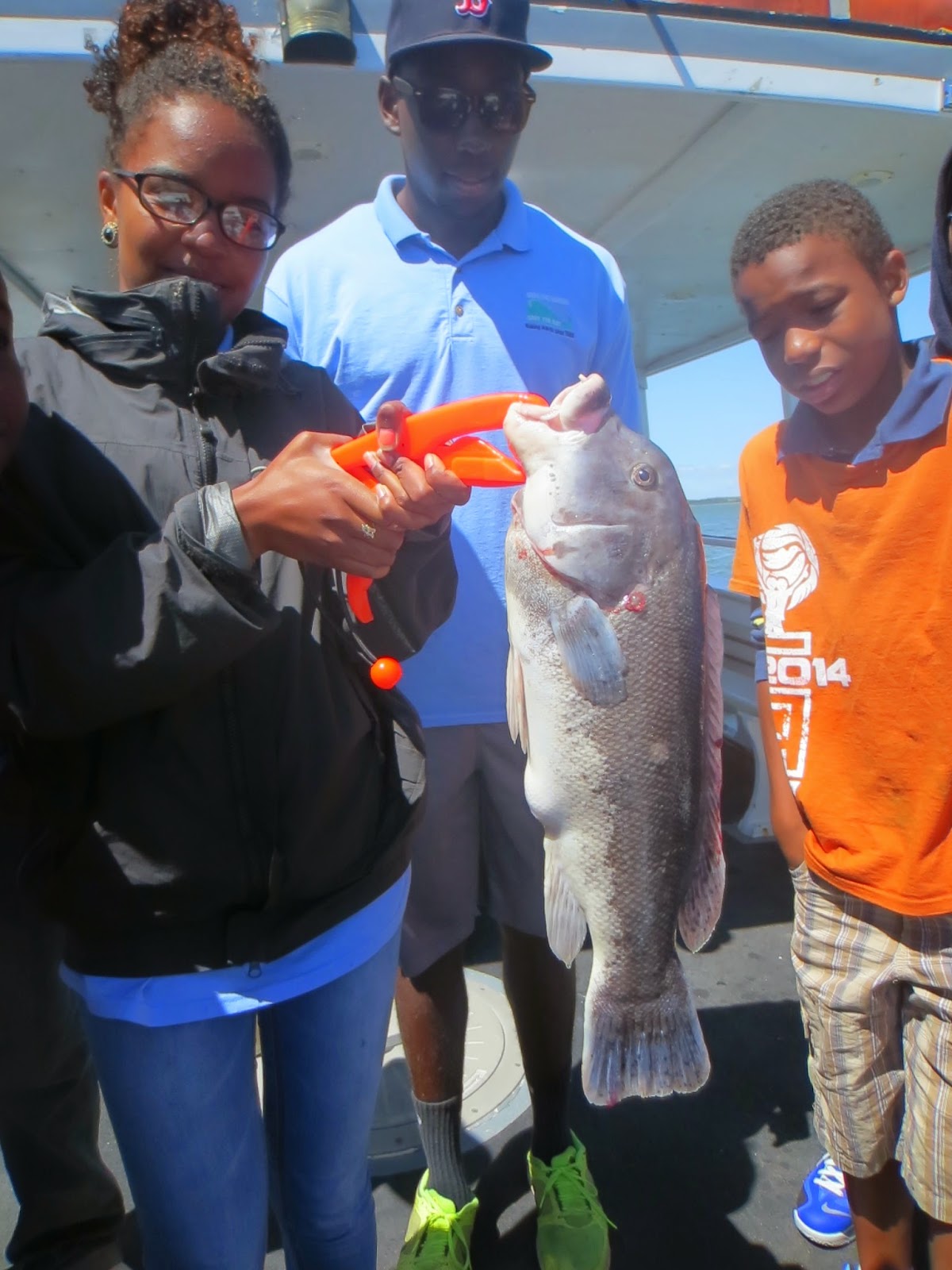 Despite the unsure start and difficult conditions, the day ended with impressive numbers. The wide array of species that we caught was also fantastic. Thanks again to Capt. Charlie for bringing us out. A special thanks goes out to Circle Furniture, which help fund both of our fishing trips this summer.
at 9:39 AM