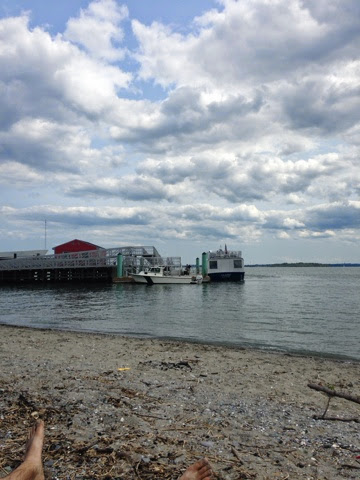 The title says it all, and then some. Today we went out to Peddocks Island, and it was my first time out there. Thi had to teach me about a few things, such as how the beach does not have a changing room so the bathrooms are used as changing stations. It was a new experience, and Team Sam alongside Super Teens won a kickball game against Lindsay and her team. Most times, the kids eat and then play sports, but today they took the sports games and set up immediately, they were an active group. The term "Treatment" evovled from giving the business to the kickball. Kicking it so hard it passes second and leaves the field! On Team Sam it happens a lot, especially when Ivan, Sam, a few kids and I are lined up on the base. 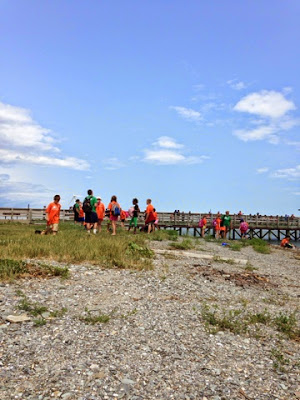 Things were more interactive because we did not have many people with us, so the same groups we played sports with we swam with.

We had a new edition on the island with us, Preston, a JPA that usually works at a different site. He got the All Access initiation, being thrown into the water by David. He was the
first person to escape David I believe, but then was caught from the back and the kids cheered David on. It was a great start to the week, and I am looking forward to it again tomorrow and Thursday.