Get Your Shine On

In lieu of our recent fishing struggles, we decided to try a new type of bait at Community Boating and Courageous Sailing center, shiners. These little critters can be bought at just about any bait shop, and they're main feature, as their name suggests, is the shinny scales on either side of their bodies.

The shiny scales on their sides are also their downfall, as they are easily seen underwater. This is also the reason they make for great bait. In my free time fishing the ponds near my home, I use shiners to catch large-mouth bass faster than you can imagine! As a result, I only guessed that we would have the same success at Community boating and perhaps even at Courageous Sailing Center. 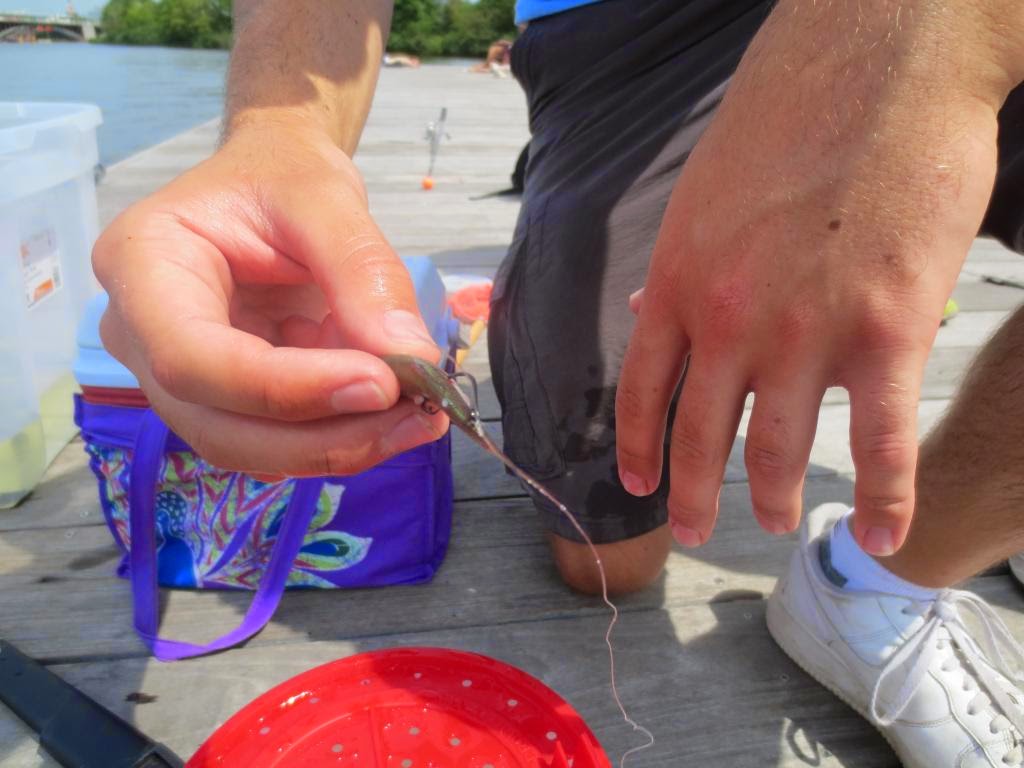 There are many ways to hook these fish on a hook. The most common and effective way is the caudal hook. This is when you put the hook through the end of the fish's body at the beginning of the tail. With the hook in this location, the fish feels the least amount of pain and can still swim and attract the most attention in the water. 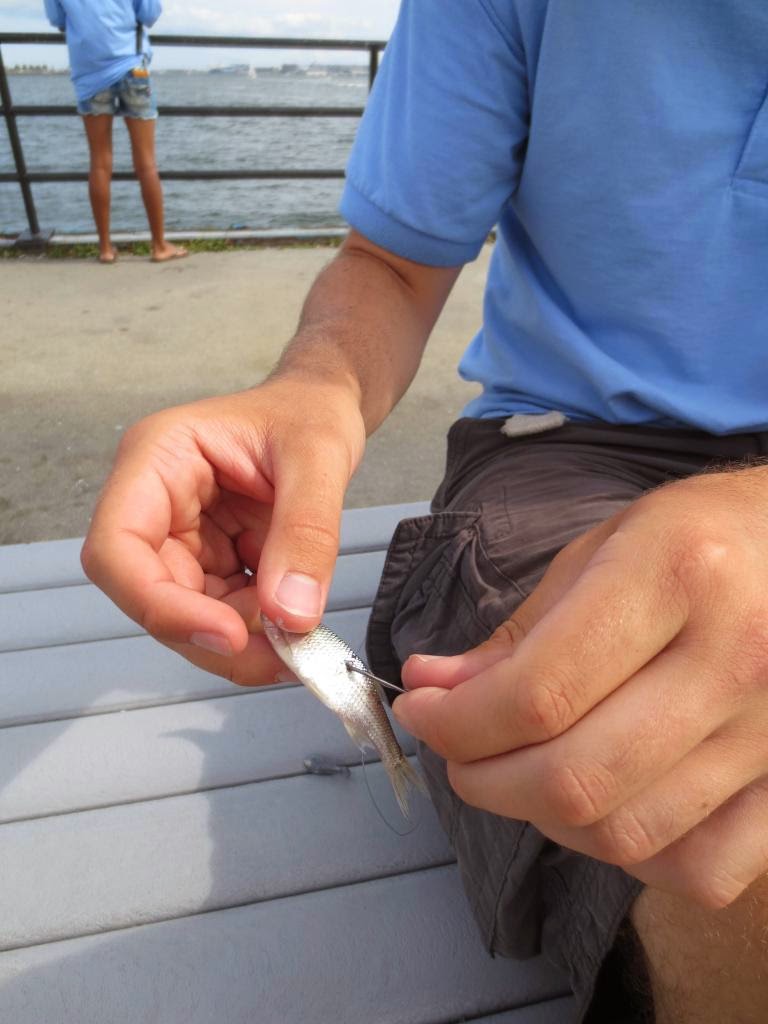 One of the other ways to hook a shiner is called spine-hooking. This is when you take the hook and put it through the side of the shiner, then pull the hook up and under the spine. This method kills the shiner pretty quickly, but it also ensure's that the fish will stay on the hook. The caudal hook sometimes allows the fish to fall off the hook because there is not as much muscle holding the hook in place near the tail. In my opinion, the caudal hook method is more effective because it allows the fish more freedom to swim. However, if the fish are biting like crazy, there isn't much difference between a dead fish and one that's swimming around, then the spine hook will ensure that the shiner stays on the hook.

As of right now, we have yet to catch anything with our shiners, but I am confident our perseverance will pay off soon!