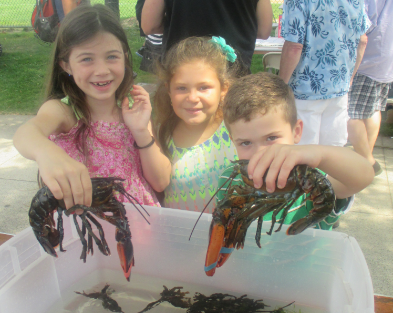 Working this past weekend's North End Pride was a blast!  With touch tank, lobsters, and 7 JPA/LHE's in toe, it's safe to assume we had some fun.  All of the kids and families that stopped by our table were more than happy to learn about our lobsters and most were even brave enough to hold them. As the day went on however, our lobsters soon became upstaged by a third creature to join our touch tank.... 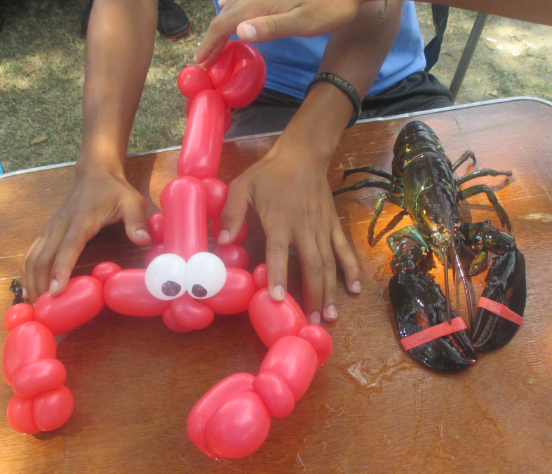 Thanks to the generosity of the balloon artist across the path, the rare balloon lobster became quite a superstar.  I thought I even saw a few more kids asking for a balloon lobster of their very own.  As our time there came to an end, the place was in full swing.  From the street magician to the petting zoo, the place was hopping! Maybe next year we'll even enter our own Save the Harbor team into the bocce tournament! 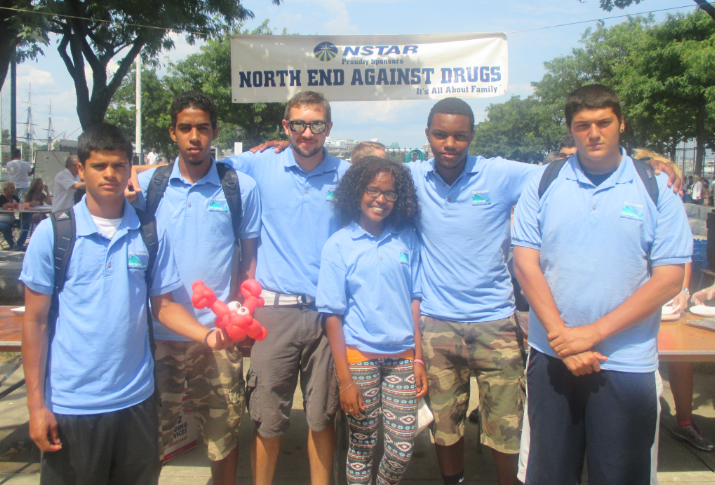 Until next time!
~Lindsay