First week at Save the Harbor!

Starting on Monday, July 1st, I was assigned to Piers Park Sailing Center with Kaya as my Senior Harbor Educator and some new faces such as Ambri and Sebastien that just joined the Save the Harbor staff this year. On the first day at Piers, we got to introduce ourselves to the group of kids who, at the site, are called harbor explorers. In the beginning of the day, we play games like tag and fishy fishy cross my ocean to get the kids ready for the day. They bring in a lot of energy in the morning and afterwards, we go down to the dock and teach them how to fish! It’s really great. We caught around 5 crabs on the first day and I was at the touch tank teaching kids how to hold them properly and how to tell whether it’s a male or female crab. 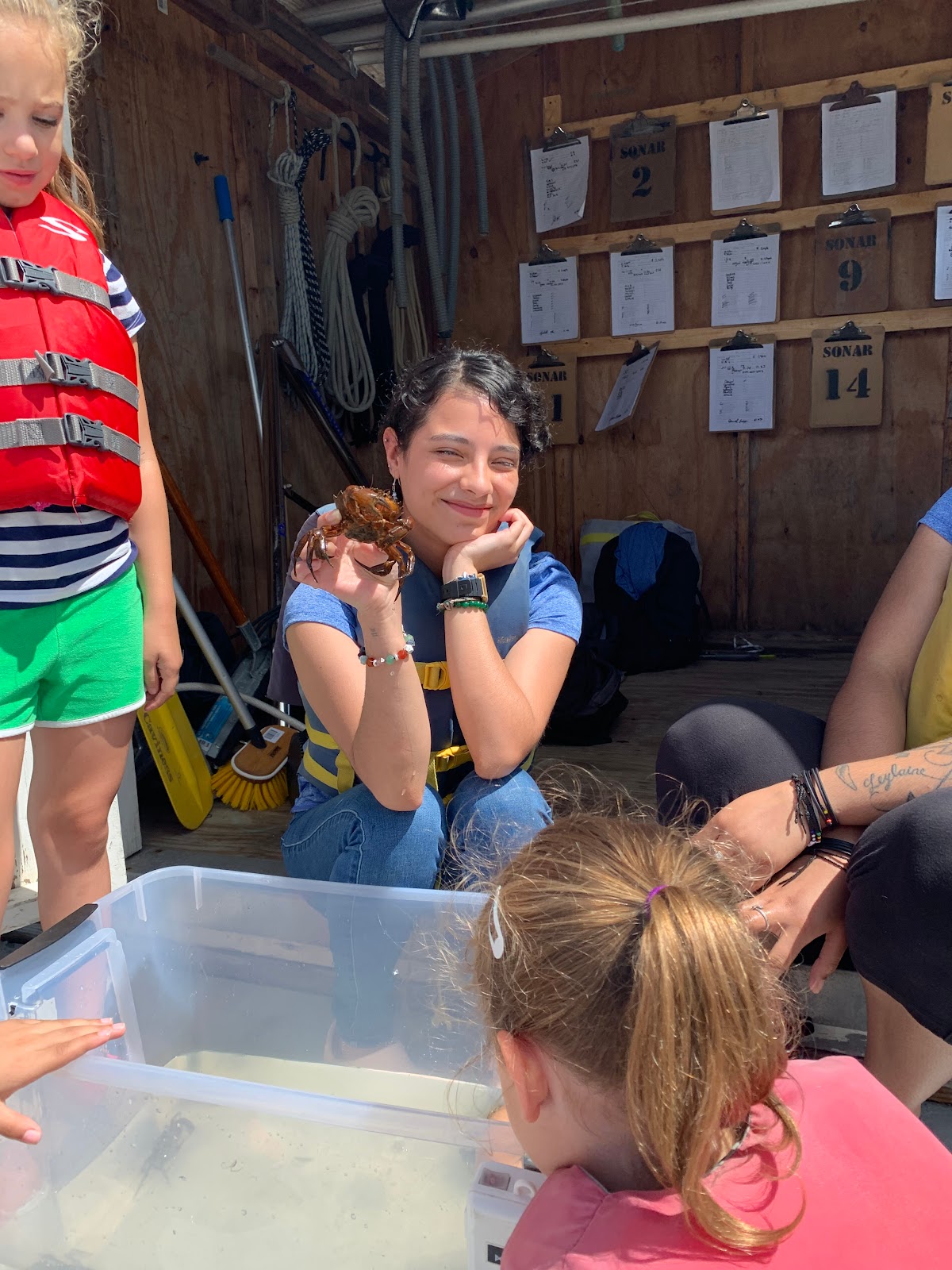 The crabs we caught are called green crabs and there’s an abundant amount of them throughout Boston Harbor. Discovered in California around 1990, they’re actually an invasive species in North America, being originally from Europe. Amazingly, green crab females can produce around 200,000 eggs annually--that’s a lot of eggs! Their average size is up to 2 ½ inches from front to back of the shell and the shell is usually 3 inches wide. The European green crab eats things such as mussels, clams, snails, worms, and even other crustaceans.They are usually found on rocky shores and jetties on mud banks, salt marshes, and in tidal pools. They appear all year round, moving to deeper waters in winter. They’re actually a pretty interesting species; they’re quick to protect themselves and they move pretty fast.

I hope to catch another species, such as a spider crab even though they are extremely ugly and too big for their own good. Spider crabs are also known as the Portly Spider Crab or Atlantic Spider Crab, and can be found living in all types of substrates, but most commonly in bays and estuaries, in mud and sand in the shallow water. The males typically grow larger than the females and can be up to 9 inches from claw to claw. Females stop molting after they sexually mature. They are often found on the bottom of bay, rocky shores, harbors, and in eel grass beds. They’re actually extremely unattractive and they resemble a large spider.
I’m so happy to be back and working with kids again. They have so much energy and are full of so much life it fulfills me. I have so much fun playing with them and teaching them facts about the ocean and listening to the funny things they say. I’m excited to meet the new group of kids next week and teach them more facts and give them a good fishing experience. I’m excited for the Fourth of July too, as I’m going to be able to enjoy a free day with my lovely family.