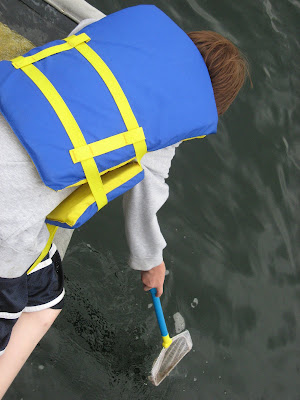 My first day at Save The Harbor was this past Monday. The first site that I worked at was the Harry McDonough Sailing Center. I was glad to have had Annie and Tom show me the ropes with enthusiasm and open arms. Because there wasn't any bait, we used mussels as our food source. It was incredible to see one of the female campers catch two green crabs and one red rock crab. This came as a surprise to all of us, especially after she told us that she had never fished before. I, along with the campers, was not aware of the fact that Castle Island was home to so many mussels and species of crabs. Although one of the other campers was having trouble catching a fish, we kept an optimistic mindset so that he wouldn't get discouraged. We also educated the campers on how one would be able to tell the gender of a crab. Not only did I get to teach the kids about some marine organisms, but my coworkers also taught me how to interact with the campers because I was a bit shy. I can’t wait to see what the rest of the summer has in store for me!