The Secret Life of Eels 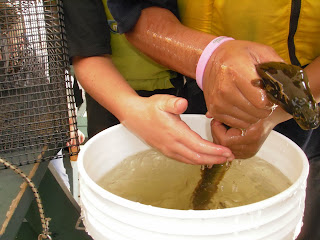 But did you know that our eels don't ALWAYS live in the river?

Did you know that when they are mature, and it is time to reproduce, they travel to a faraway place called the Sargasso Sea in the Atlantic Ocean?

Well, the sailors in the environmental group at CBI know, and they can tell you the story of the secret life of eels!

Soon to be Mr. and Ms. American eel travel from different parts of the Charles (along with many other freshwater bodies in the US and Europe) all the way to the Sargasso Sea, which lies in the middle of the Atlantic Ocean. 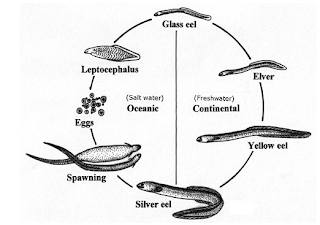 During this journey, which can take 1-3 YEARS, the eels move from the sargasso sea into estuaries and eventually into rivers, lakes and streams.

At Community Boating, we know the story of the secret life of eels, but we prefer to handle them merely for their superb sliminess!

Next time you catch an eel, think about how far it has traveled, and of course, how amazing it is!