From the Mitten to the Hub 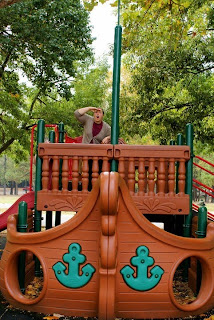 My name is Brianne Studer, and I am a first year Senior Marine Educator for Save the Harbor / Save the Bay this year. More specifically, my job is to bring youth out onto the Boston Harbor Islands.

Growing up in Michigan, I valued water, but I never really understood "the ocean." We had big bodies of water, some so large they almost had their own tide. Sure, the generic Lake Michigan white fish was a popular moniker on menus, but aside from that, fishing and a connection to the water was not a high priority in my inland community.

When I moved to Alaska to be a park ranger, I learned to love tides. I lived in a place that had 25 foot tidal fluctuations. Yes, this meant that sometimes, when we camped on coastal islands in April or September, our tents flooded. However, it also meant the entire coast changed and refreshed every 12 hours. I fell in love with the water walking the coast in Bartlett cove. A love from which I think I've still yet to fully recover.

Eventually, I moved to Boston. I knew, of course, that Boston was a coastal community, but for the first few years, that part of the city didn't really connect with me. I struggled to figure out the ferry schedules, and attempted for two years to get out to the Harbor Islands before finally being successful. Then I started working at the Boston Children's Museum, and that all changed.

Sitting on the Fort Point Channel, BCM reminded me that Boston was on the water. Walking along the Harbor walk, the smells of Alewife (the fish, not the T stop), reminded me of those moments, early in the morning, on a boat in Glacier Bay. The water was close, and it was everywhere, more prevalent that the parks, woods, or lakes of my childhood, and just as important.

As the environmental educator at BCM, I realized that the Fort Point Channel was a great way to connect the museum's visitors with the natural world within the city of Boston. Save the Harbor and BCM reformed a partnership to bring fishing to the Fort Point Channel. Just a few times the first summer, then three times a week, and now, five days a week. I was thrilled to provide our visitors the opportunity to watch a crab pulled up from the depths, reel in a fish (however small), and touch and explore aquatic invertebrates.

Now, I get to be on the other side. Just yesterday, I fished for the first time in 6 years. I can now navigate the ferry schedule no problem. I am learning (even if it's still a work in progress) to walk the shores of Boston Harbor in my mind, just like I still walk Bartlett Cove. If only we all could be so lucky.
at 2:51 PM