Finally we were able to catch a fish! It all started when Sam (a.k.a bass buster) came to the children's museum. Usually all we would catch on fishing hooks were crabs or seaweed. Suddenly all I heard was Sam yelling "we got one" at first I had just assumed that it was another crab. As I paid closer attention I noticed that it seemed as if he was struggling to reel in the fish , so I went over to check it out. It was soo big we had to lower down a net in order to pick it up. 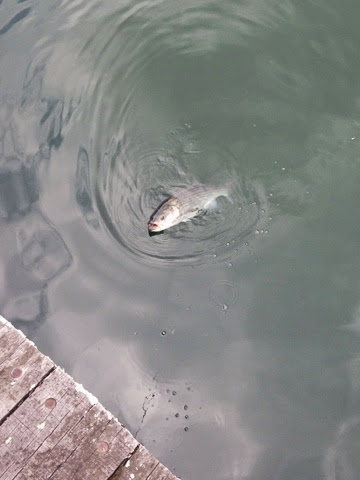 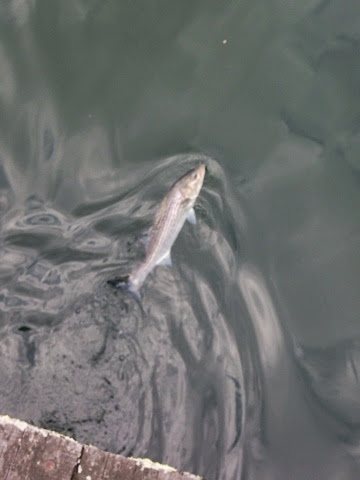 After we caught Fabio (that's what I call all fish) we took a group picture with Fabio and then put him into our touch tank. After letting the children and parents come see Fabio, Chavelyn and I freed Fabio and watched him float off into the water.
at 9:45 PM