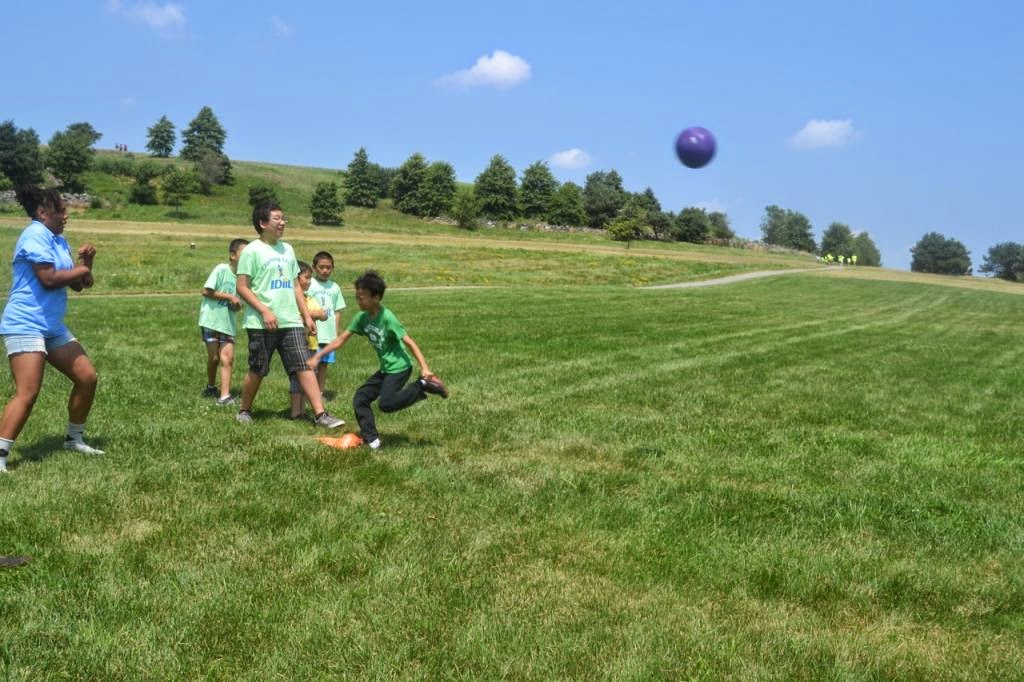 Hot day at spectacle Island..... this week at all access was fun. We were supposed to go to Georges island but it got canceled due to the bad weather. But we ended going to the spectacular spectacle island, the kids were excited to be there and  play kick ball and go fishing with Sam. On Tuesday it was really was HOT and David forced everyone to go to the beach. Most of the kids wanted to play sports rather than go fishing. I did not swim on Tuesday because i forgot to bring my swimsuit. At fishing this week we caught four skate fish, At first it was really gross.then we started touching and feeling it, the kids were screaming because they were really excited.
Abdullah Abdi
at 2:26 AM