The ART of Fishing

Last Wednesday I took my first trip of the summer out to Spectacle Island with the All Access Boston Harbor crew!  We couldn't have asked for a nicer day, especially when you happen to also be celebrating your birthday!  After cupcakes, David Coffin’s sing-a-longs, and seeing old students as lifeguards, I was ready to tackle to fishing and art team with Sam.

After lunch I joined Team Sam on the pier for some fishing and crabbing.  Sam had brought paint and rice paper with him in case we caught a fish and could make a print for our future mural.  Shortly after baiting the crab trap and getting the rods ready, about 30 second graders from the East Boston YMCA joined us on the pier.  Some were eager to fish while others were in awe of the frozen herring we used as bait! 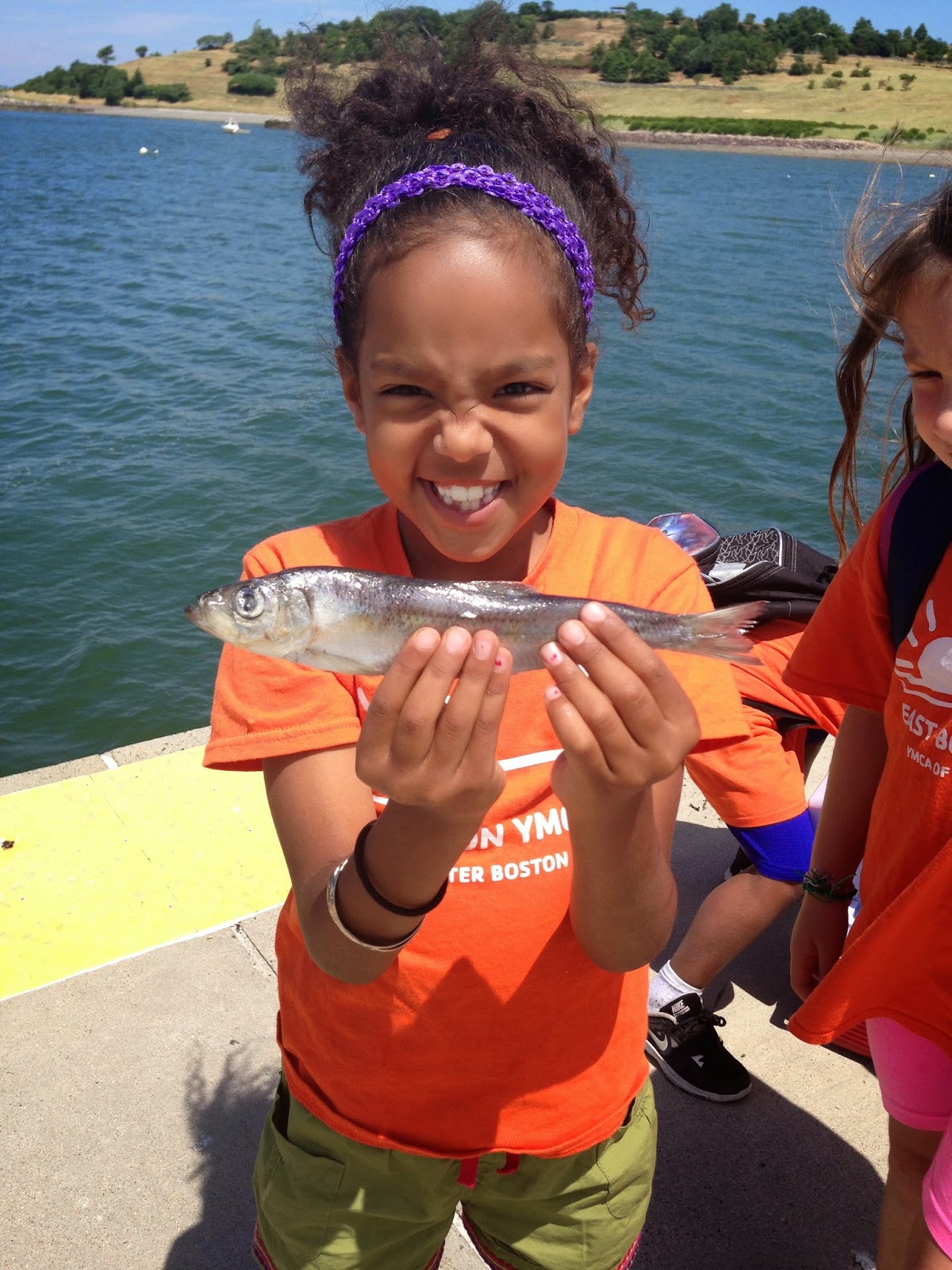 We pulled the crab trap up multiple times and ended catching five green crabs which amazed the seven year olds.  The girls were brave and opted to hold the crabs while a couple of boys backed away and returned to there fishing rods.  As a way to include art into fishing 101 at Spectacle, Sam dipped the crabs' legs in red paint and we watched them walk (or attempt) all over the paper.  Sam was curious to see if there was a pattern to the wear crabs moved.  Unfortunately, the crabs were not very cooperative and instead of a cool design we ended up with smudged, stray mark.  But have no fear, our real art project for the day was just arriving.

One of the little boys yelled for Sam that he had caught a fish.  Little did we know, he had actually caught a skate -  a fish in the Ray family, often mistaken for a stingray.  As they reeled the skate in the East Boston second graders kept cheering and couldn't wait to see what was caught!  Most had never seen a skate, nor understand what type of fish it was.  Sam explained what they had caught and allowed some kids to touch the skate.  Minutes later the skate was covered in red paint and we carefully put the rice paper over its skin.  What prevailed was a marvelous image of a skate. 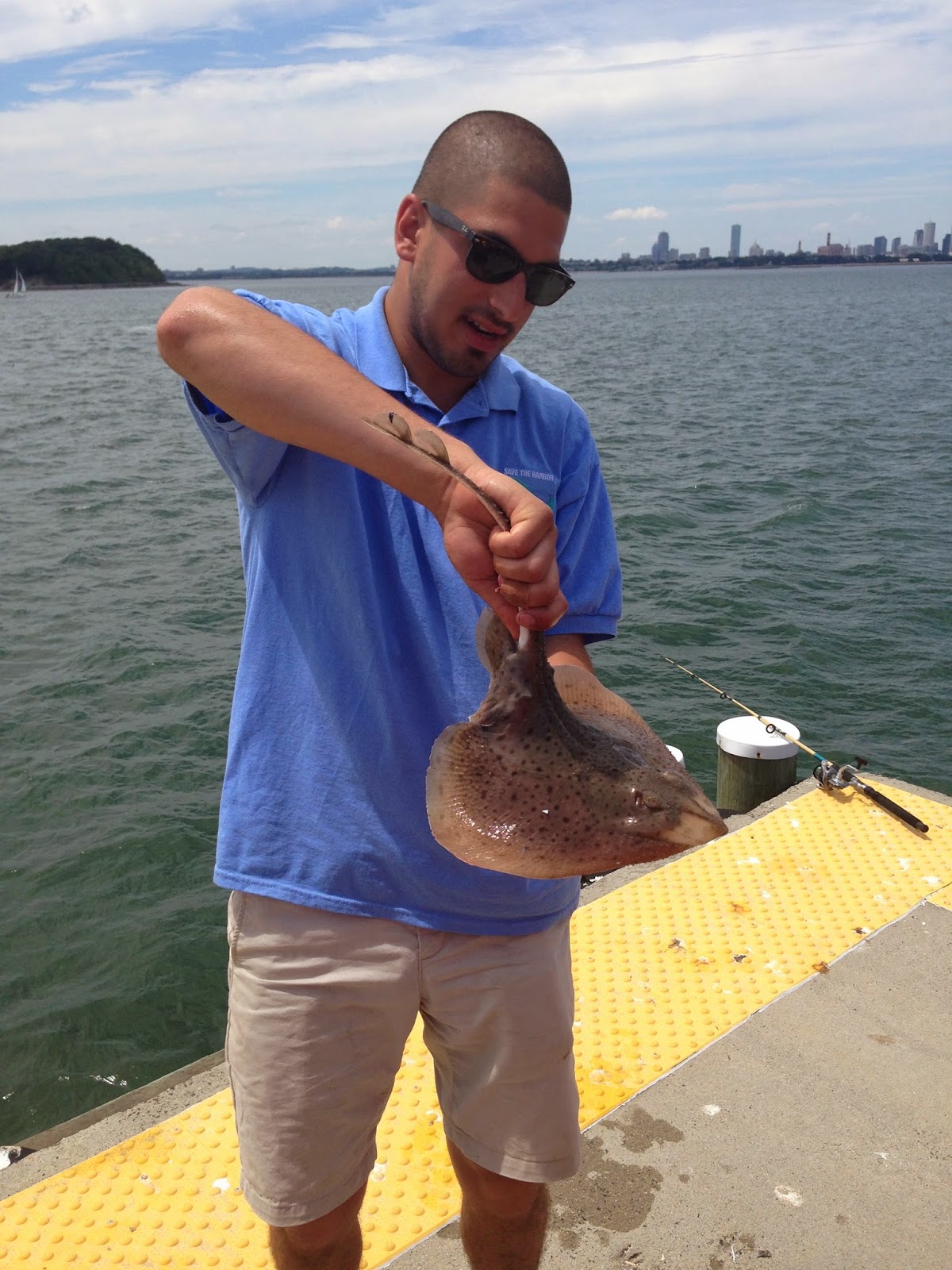 If we continue taking prints of different marine life found in the Harbor, we are going to have one awesome mural but the end of the summer!  I cannot wait to see what prints will be taken this week!

See you on the harbor!