Big Dreams for a Little Oyster


There were many creatures pulled up in the traps at Courageous Sailing Center today, one of which was an oyster! While they are not very visually appealing, these bivalves have a strange yet valuable talent. When an irritant such as a grain of sand becomes trapped inside the oyster's shell, it's body surrounds the grain in nacre, a substance the oyster naturally produces to create its hardened shell. Over a long period of time, this nacre builds up until finally, a beautiful pearl is produced! 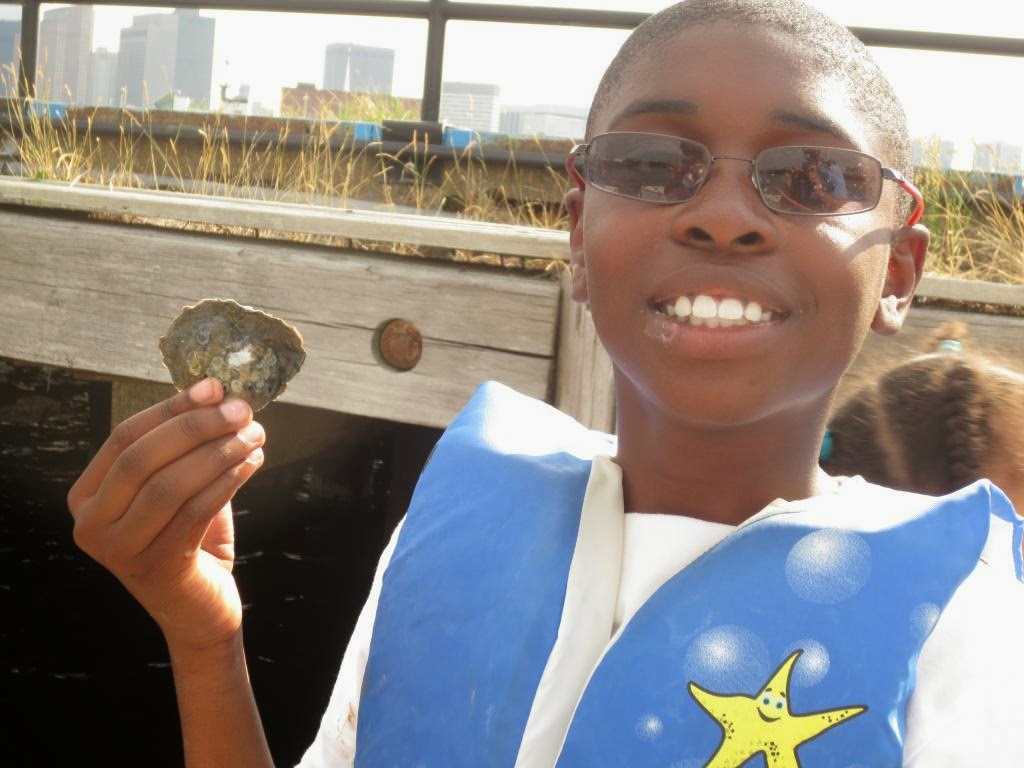 Why is this relevant? Well for this young explorer, his first thought when he saw the oyster was, "do you think there's a pearl in there?" As soon as he let out that question with such excitement, all the other kids became pearl-envious and wanted to crack open the oyster's hard shell. With money-filled ideas swirling in their heads, the kids shared dreams of everything from buying a new iPad to a car. At this point, the excitement reached a maximum, and their patience had run out, to which the oyster was cracked open.

To much disappointment, there was no pearl waiting to be found inside the oyster. Although they did not find what they were looking for, I discovered just how easily their imaginations could run wild with even the slightest possibility of finding a pearl in an oyster. Who knows, maybe next time we really will find a pearl.