After a few attempts fishing at the Boston Children's Museum, Sam and I caught a striped bass.
The fish was fairly large it could have snapped the line, so Sam and I tied a rope to a net and I pulled the fish out of the water. The kids were excited to reel in the fish. After the fish was landed, a lot of people began to surround us.  They all wanted to hold it and learn more about it.   After pictures were taken the fish was release back into the water. After catching the first fish the kids were excited to catch a fish on their own, but we had no luck. 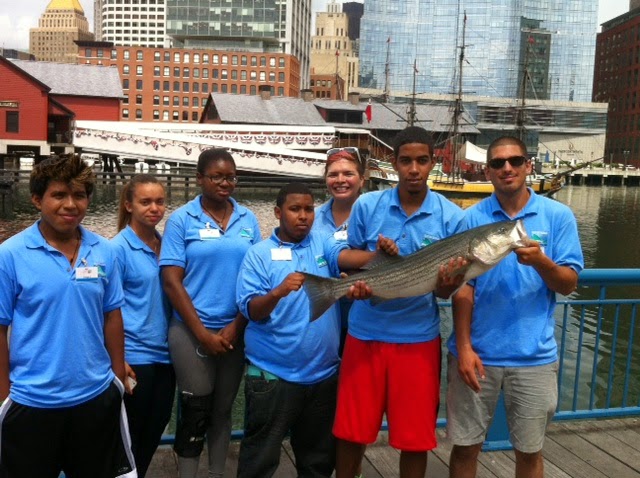 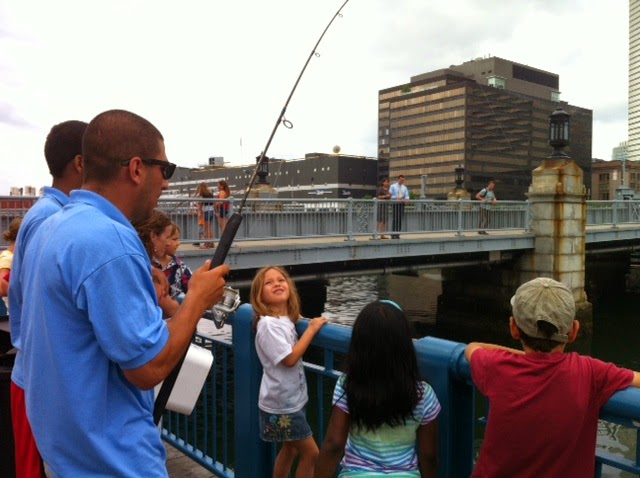