What's the Deal with Those Eels? 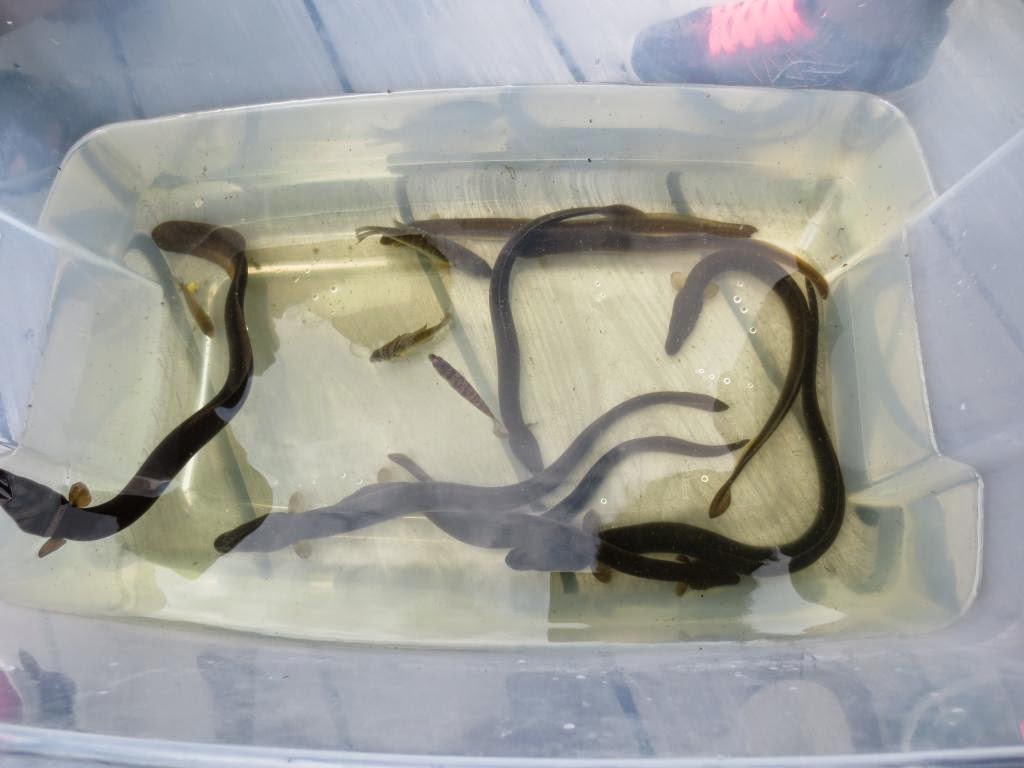 Hello again fellow adventurers. Lately at Community Boating, these slippery creatures have been the center of attention. While just about everyone on the dock is drawn to our touch tank, not everyone knows exactly what they are or where they come from. So just to clear a few things up, I am going to tell you more about the American Eel. 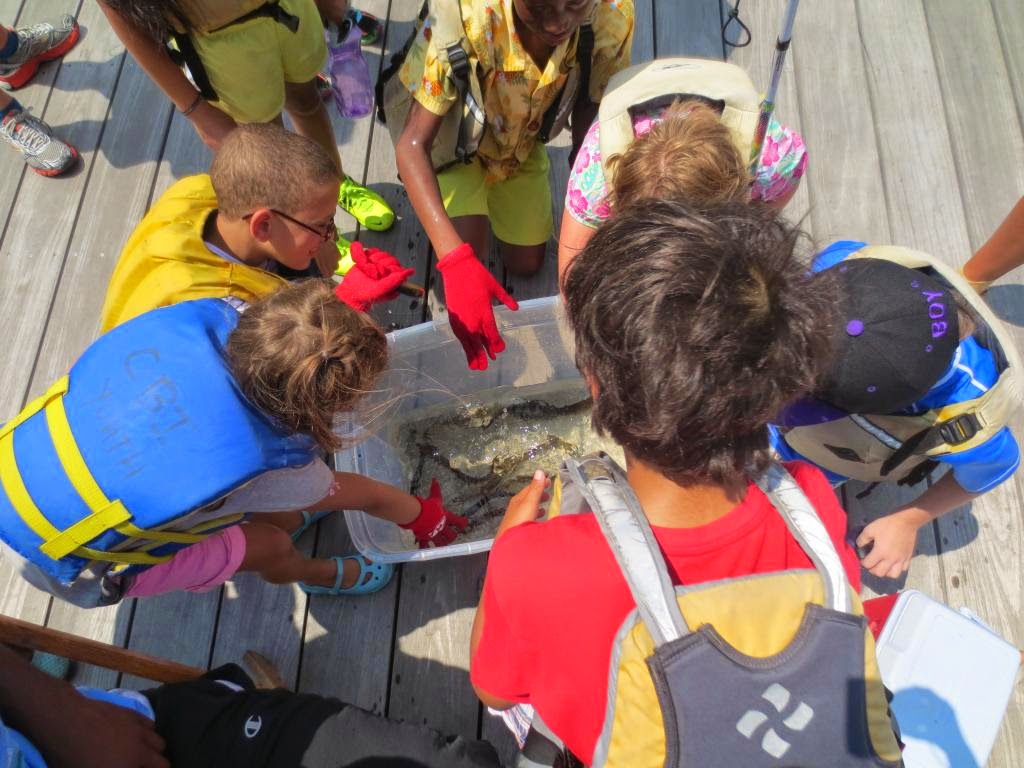 Don't let the large crowds fool you, most of the on-lookers are very hesitant the first time they approach the touch tank. "Are they electric eels?" has been asked more times than I can remember, and it's not a bad question. When most people think of an eel, the most common one would be the electric eel. However, electric eels are indigenous to South American rivers, and could not survive the cooler climates of North America. American eels, however, are clearly right at home in our local rivers and streams.
After the initial look of intrigue and amazement fades away, most of the kids and even some of the CBI staff come to the fearful realization that...THESE THINGS ARE SWIMMING IN THE CHARLES! We are quick to assure that while they are in the river, eels are nocturnal animals, which means the majority of their daily activities take place at night, and during the day they tend to stay on the bottom of the river minding their own business. 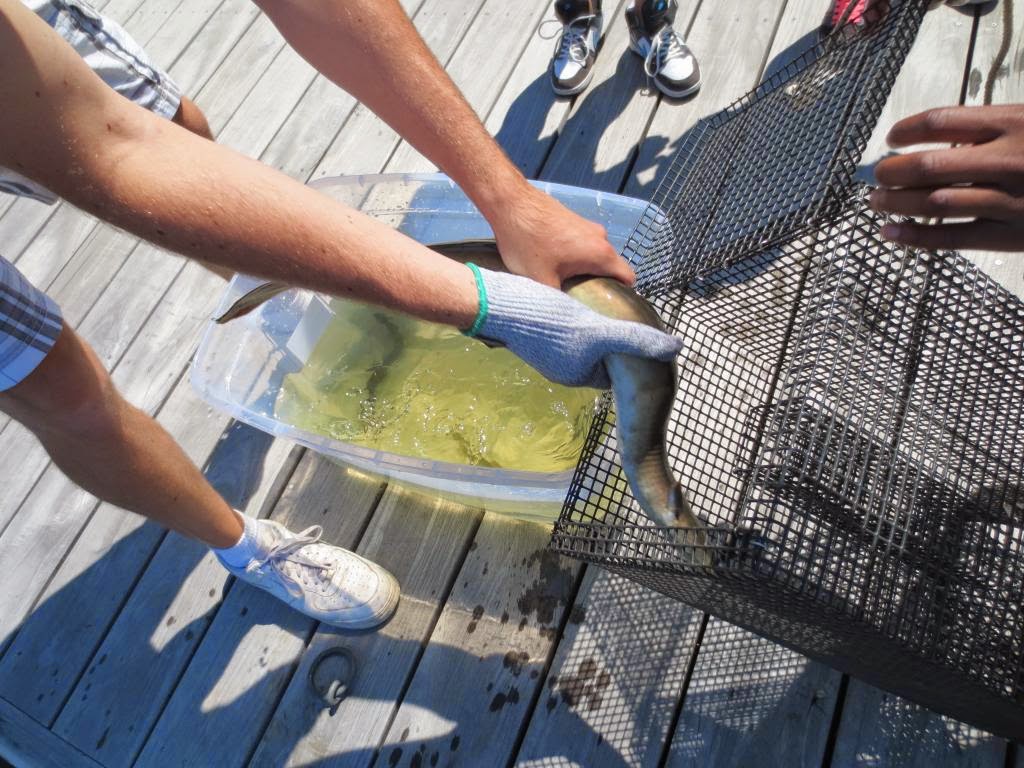 But what's with all the gloves? Well the eel's primary from of defense is a mucus that it secretes all over its body, making it tough to hold on to. It's a very good defense, because even the best eel wranglers at CBI have only been able to hold on for a few seconds before the eels make a slippery escape! Therefore the gloves allow for a firmer grip on the eels. Maybe someone should start selling gloves to the eel's predators...
Until next time, keep on exploring!
-Luke