It's Marco!  We just finished up with two days of orientation. Monday, we had the chance two meet everyone and get to know each other. We got two play games and take pictures, and we also got to go to George's island which was really cool. We all got to go in the haunted dark tunnel which was awesome. The first day was pretty cool, because we got to play when the wind blows and a couple of other games. When we were at George's Island, we also went on a tour of the fort on the island. On Tuesday, I found out where I would be working and when I did I was so excited to find out that I would be at the children's museum. During the first couple of days, we were taught about how Boston keeps the harbor clean as well as how to fillet a fish. The first day I met my coworkers.That very same day I got to stand up and speak to everyone and tell them a little about myself which was nice so that people would get a small sense of who I am. The whole first two days were great because we were right by the water and it was a pleasure because the harbor was so beautiful. I look forward to working with everyone this summer and enjoying the great experiences we will have as a camp. 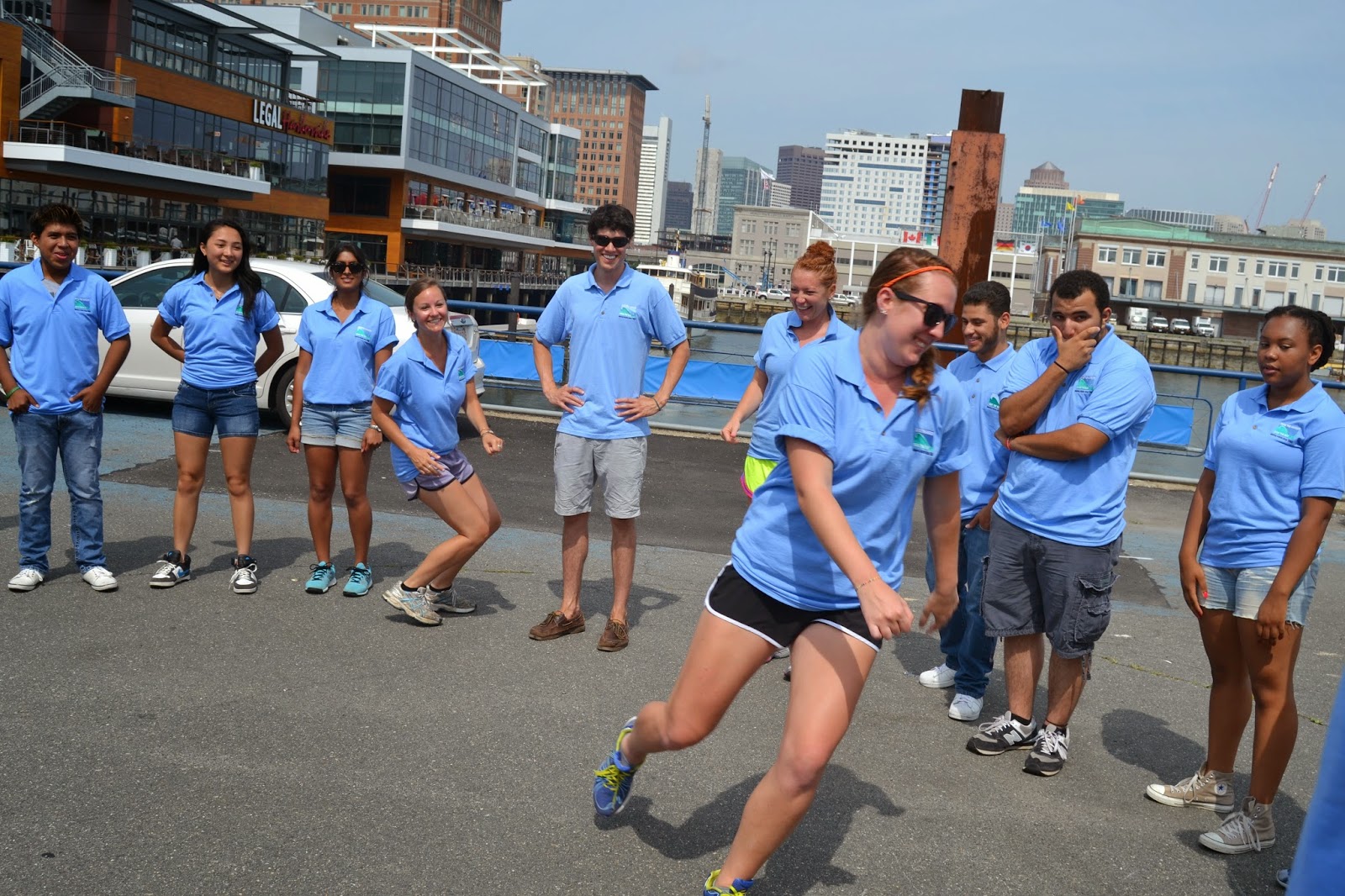