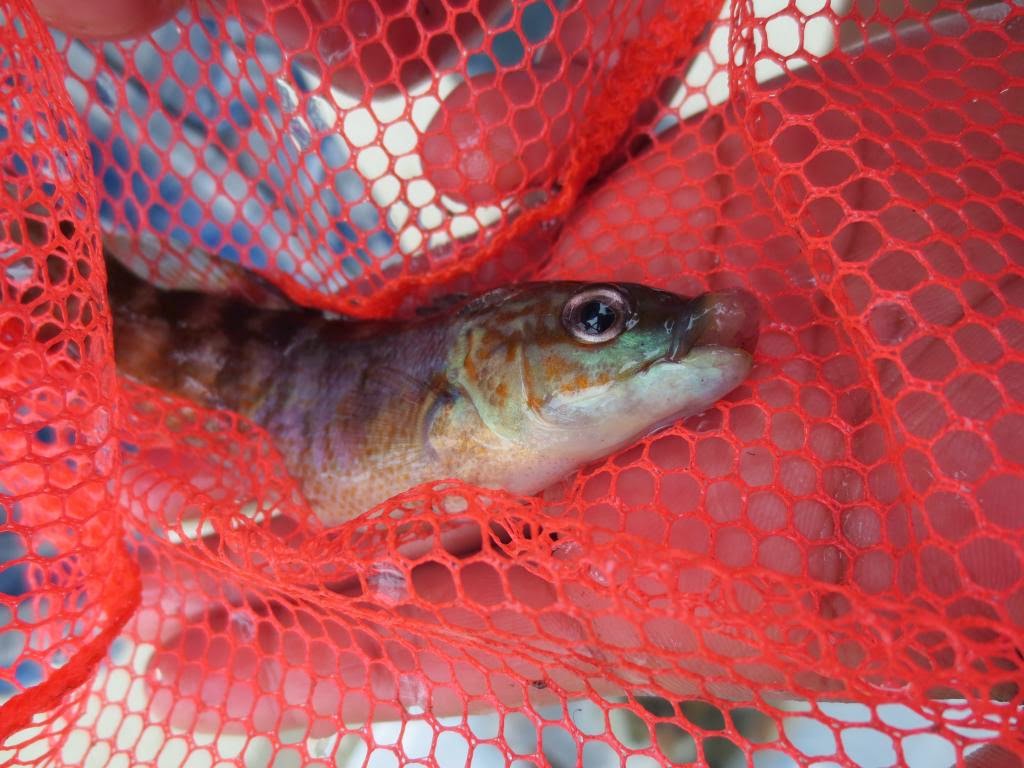 Once again it seems as though the lobster traps at Courageous Sailing Center have provided something out of the ordinary. This time it seems as though we have caught a mouth-brooder! Mouth-brooding fish incubate the eggs of their young in their mouths to ensure that the majority of the offspring survive to hatch. While this behavior is rare among North-American fish species, it is possible that this fish is not native to North America. In the summertime, the currents bring warm, topical water up the coast and typically bring with them some very out-of-place organisms. This is also the reason almost every summer there is a great white sighting off the cape. 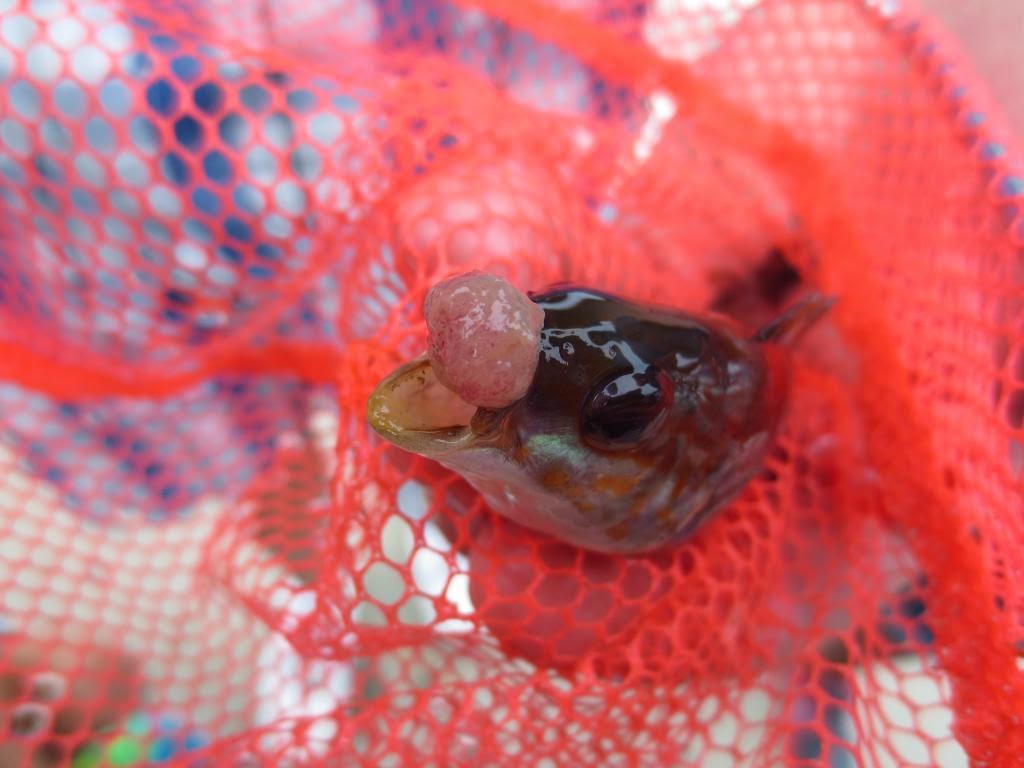 More research needs to be done before we can confirm that this was in-fact a mouth-brooder. The fleshy mass found on the mouth of this fish could possibly be a reaction to an infection of some kind that the fish was exposed to. This could have come from something as simple as a scratch sustained from the side of the lobster trap it was captured in, as it was in a deteriorating condition. Also, we have yet to identify the species of this fish. Once we do this, we will know if that species is typically a mouth brooder. For now, we can only hypothesize.