We caught our first skate today!! 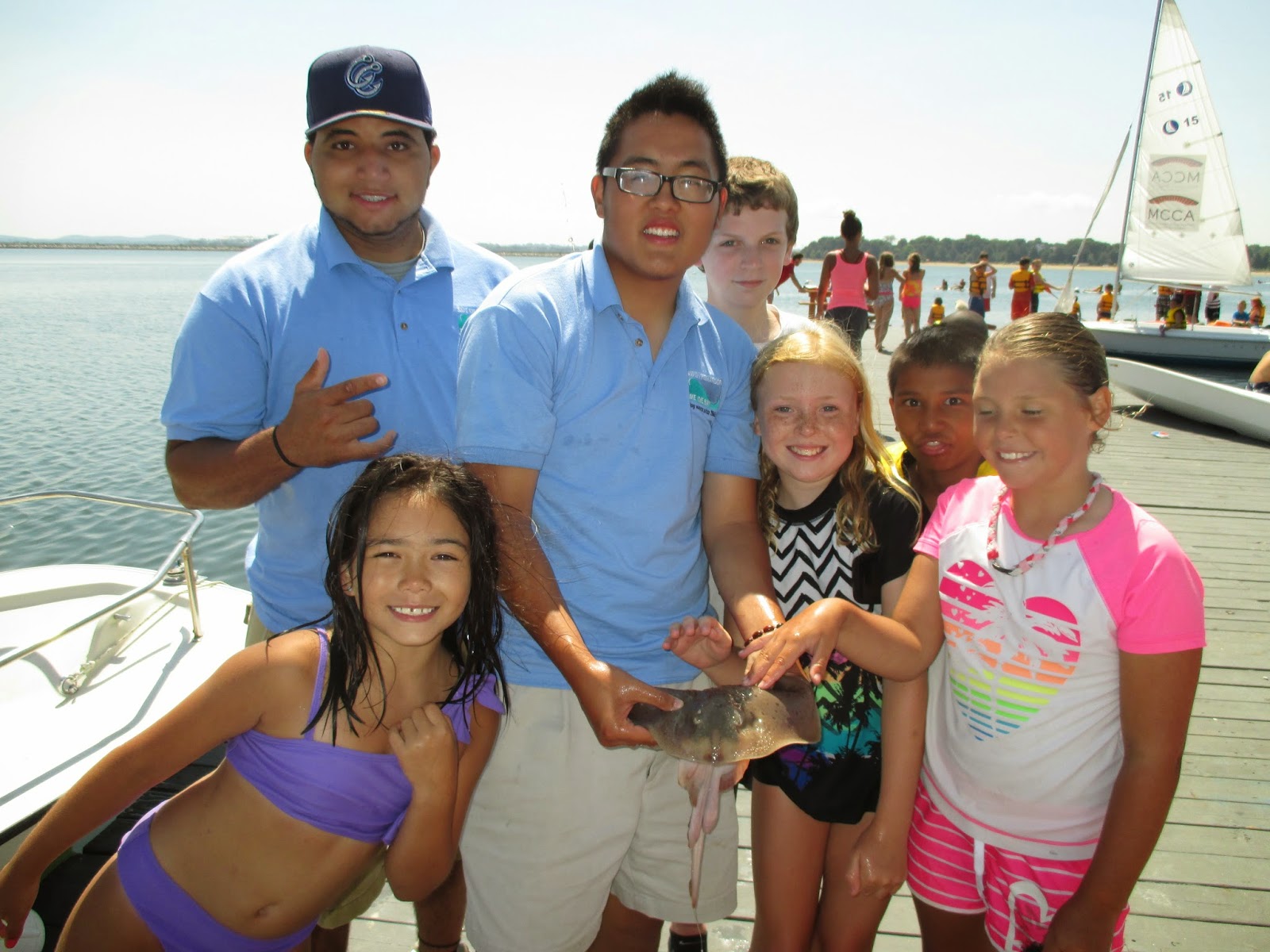 As soon as we arrived at McDonough Sailing Center, Vinh and Andrea set off with two of our campers to collect the lobster traps and see what we caught over the weekend. We were eagerly awaiting their return hoping we would have some giant lobsters to look at. However, when the boat pulled up next to the dock we saw two slimy, stingray-looking fish in the middle of the hull! Everyone scurried over to see the new creatures- so many kids crowded around that the dock started to dip into the water! Once we asked everyone to step back, I got a good look at the fish- they were skates!

While most of the children were certain they were stingrays and were quite nervous to be around them, I reassured them that they were harmless. Skates and stingrays are very different- a skate gives birth to its young through egg cases (also known as mermaids purses- you can see them on the beach) while a stingray gives birth to its young live. Their bodies are also different- skates do not have stinging barbs on their tails, and they have two lobed fins whereas a stingray has one. Another fun fact is that skates are very closely related to sharks, they both have cartilage in their bodies instead of bones. 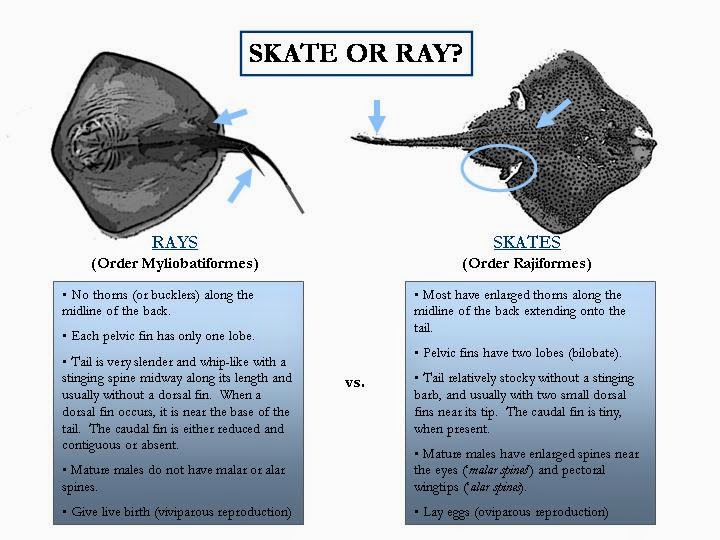 Once we braved picking up the skates out of the boat, we placed them in our touch tank for the whole camp to see. They immediately attracted attention from the campers, staff members, parents, and lifeguards. We allowed everyone to touch their backs to feel the spikes along their spines, then flipped one over to point out the gills, mouth, and nostrils. Everyone was fascinated by the skates and ecstatic that we caught something new- I can't wait to see what else we'll catch this week!