Hola! Finally we caught fish! Not on a hook though. We caught fish in the crab traps. My theory is, that the sea creatures like shellfish way more than they like the fishbait because once we put the shells in the fish came like crazy!! We caught 10 fish, 2 spider crabs, 23 green crabs, and 1 jelly fish. Kids love to touch the jellyfish, after you explain to them that they wont get stung, they refuse to put it down. I also finally got pinched by a crab :(, it hurt, but it wasn't anything that i would fuss about. 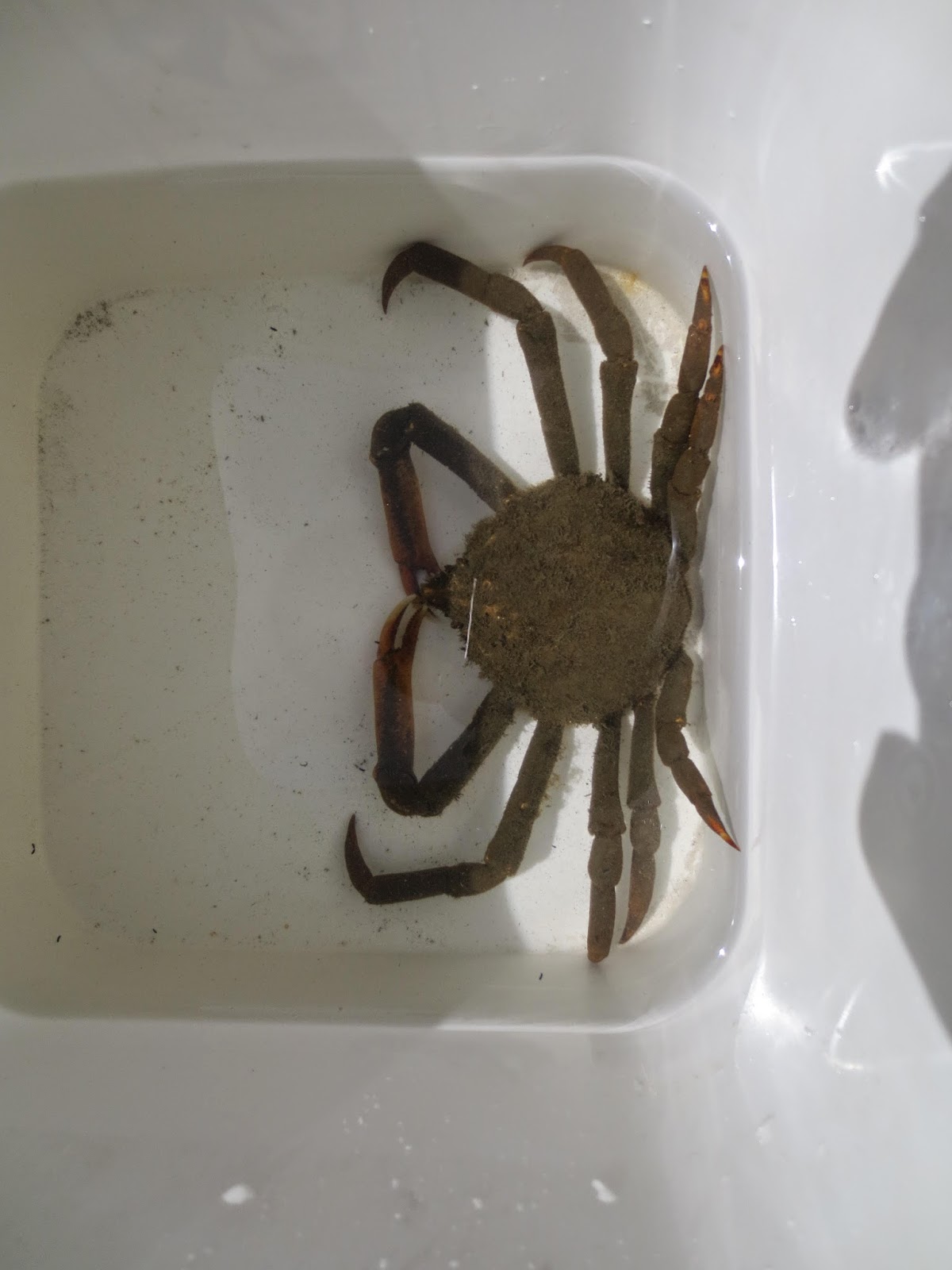 I also finally got to see a female spider crab. We were mainly catching male spider crabs but recently we began to catch more female spider crabs. I think spider crabs are my favorite because they don't try to pinch me as much as the green crabs do. Its easier to convince the kids to carry a spider crab that way, because all they're really concerned about is not getting pinched by a crab. I've also realized that it's easier to get them to interact by using the net because then they get used to seeing crabs wriggle and squirm. Well, bye bye for now :).