Hey guys, how's it going? Camp Harbor View was awesome today!  We took the Fedrick Nolan out on the harbor to Boston Light. It was a blast! Will Clark was the best MC today, he had so much energy with the children.  The kids were so engaged and we had some crazy rap battles with all five groups. The first three groups for the day were Mohegan, Great Point Look, Heron Nook and they were so lively! The second set of groups were Sandy Nook, and M-Dot (Minot's Ledge). I saw some crazy, talented kids, they were so spirited! Here take a look at the gifted kids! 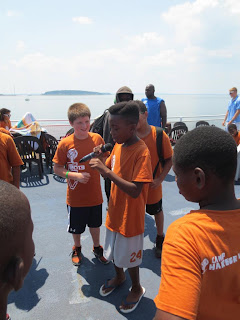 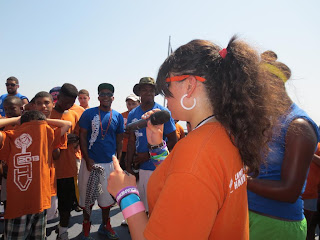 These hidden talents came out when Tom, Will Clark, Will Conroy and I interacted with them. They had such a blast! Team Mohegan's landmark was saying "Hannnnn" which was derived from a known rapper named French Montana. Take a look at the talented kids, some rapped, sang gave shout outs to their groups, staff and just enjoyed their time. 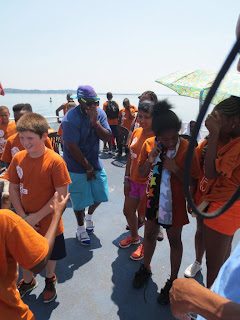