Hello! Its Somtoo. My first week here was pretty cool. I got to learn more about the crabs and fish that are in the harbor. In the harbor, we mainly catch green crabs which the kids are quite fond of. Although spider crabs are rare, the kids usually don't like them because they find them ugly. The kids seem to catch on quickly and can easily tell whether a crab is male or female. It's even cooler when you see the kids explaining them to other people such as their siblings, parents, or other kids who are just walking along the Harbor Walk. 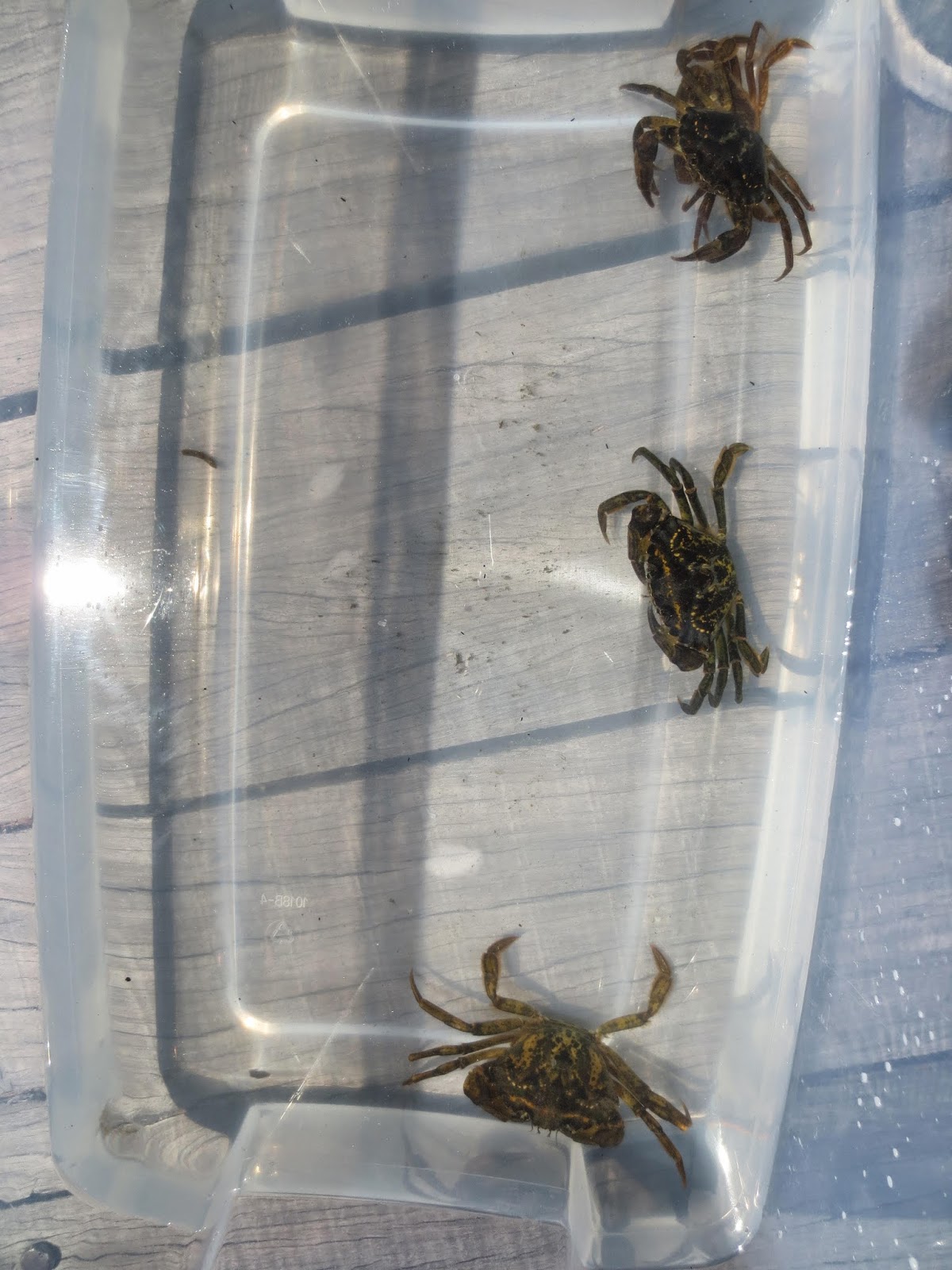 Last week I distinctly remember a boy named Parker. Parker was visiting the museum with his mom and brother, he was also very upset because he had to leave and didn't want to. In order to make him feel better, Parker's mom brought him over to the crabs to play with, almost immediately he began to explain to his mother and brother how to tell if a crab was male or female. I was instantly astonished because he even knew how to carry the crabs so the wouldn't pinch him before I could tell him. As other kids came over he began to hand them crabs and also teach them the difference between male and female crabs. I can't wait to meet more kids like Parker this summer.