Hey guys,
My birthday was on Thursday and I have to say, it was probably one of my best birthdays. It started off with an early staff meeting, however Maeve bought me a sandwich from Paches <3 and Ms. Ryan bought me a piece of cake. Then Sean, Cristian, Ray, and I made our way to Piers Park. When we got there some of the kids were already there. Evelyn and her twin sisters, Mikayla and Allison, were the first to say Happy Birthday to me. Evelyn kept saying Happy Birthday every 5 minutes. Then at 9:00 we went out to the lawn and played Mafia. I was just a regular towns person, but I was so glad that it was my birthday. You see, Sean was the narrator, and he had made Desmond and Kevin the two medics. For some reason, the mafia kept trying to kill me, but my friend Desmond kept saving me from a tragic death, while Kevin kept saving himself.

When we went to the dock I took out a kayak because that's one of my favorite activities to do at Piers Park. I probably should have been suspicious at the fact that Ms. Ryan had come and left quickly, but that had gone over my head at the time, especially considering that she had dropped off the fishing rod that Ray had won at the annual fishing tournament. 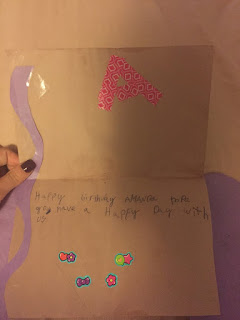 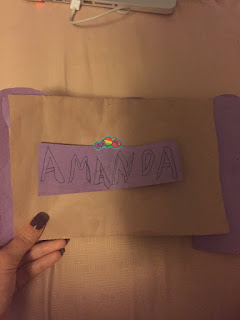 During lunch I was sitting on one of the fridges and eating the cake that Ms. Ryan had bought me, when one of the girls, Amalia, came up to me with something in her hand. She had written me a birthday card, and it was the cutest thing. I have it hanging on my wall right now. Then we went to the park where another girl, Isabella, said that she would buy me ice cream from the ice cream truck for my birthday. But when the ice cream truck came she asked me if she could buy two for herself, and I was not going to say no to that and make her buy me an ice cream. The rest of the day was pretty routine. We went to play Capture the flag and it was me, Cristian, Paula and Ray against Sean, Kent and Cris. My team had gotten all but two of Cris' team in jail, and it was just Kent and one of the harbor explorers against my whole team. We all had gone to distract him, but Kent was a very good flag guard, until Ray came out of nowhere, snatched the flag from the tree and led our team to such a sweet victory. Unfortunately, nothing particularly exciting happened on the dock in the afternoon. We were not catching anything so Cristian and I decided to clean the dock. Everyone had gone up and I stayed down a little bit so I could make sure everything was put away and everything was cleaned up. Then as I was walking up the ramp I heard one of the harbor explorers yell my name from the tent. As I got closer to the tent, I realized that they were all in silence, until I entered the tent and they started singing Happy Birthday to me. It was really cute and I am really glad that I spent my birthday at Piers Park. As the parents came to pick up their kids I saw them pointing at me and telling their parents that it was my birthday. I had found it a little weird that it was already 4:10 and most the kids were gone, and Sean did not tell us to leave yet. This is where Ms. Ryan's visit comes into hand. Ary had made me a cake, but unfortunately could not be at Piers Park on my birthday, so she had given the cake to Ms. Ryan to give to me and Ms. Ryan dropped it off when she visited. At the end of the day, Paula and Ray got the cake from the office, along with chips and guacamole (because they know that I love avocados) and some soda. It was such a good birthday and I am so glad that I am lucky enough to work with such amazing people this summer.