Going to Carson beach was fun today, because the kids wanted to make sand castles. Others wanted to play sports or even go out for a swim. The people walking along the beach joined us as well. They were wondering about the purposes of Save The Harbor Save The Bay. We said it is a non profit public interest harbor organization with a mission to restore and protect Boston Harbor. They supported the idea because they knew not only them but also the community would be able to enjoy it.
Later we decided to fish around the beach. But no matter how many times we through it out into the ocean we never caught anything. Still the kids were having fun because it was something they did for the first time. We even did rock collecting along the beach-we would collect colorful rocks. Then found colors we usually don't see in Carson beach. We started to see jelly fish eggs again being push on to the beach. We were all wondering why there were eggs coming out the water. Everyone was enjoying the day not even worried about the hot weather. None of the kids wanted to leave, they would all say to each other I can't wait to come tomorrow. 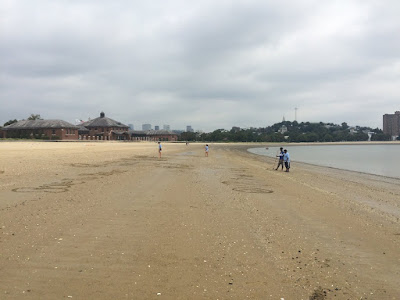