So this past Monday, we had Staff Day out on Spectacle Island. Well, okay. We were told all summer that we'd be going to Spectacle Island together. Then 4 days prior to staff day, we were told we'd be going to Lovell's Island instead for a different kind of scheduled day. The morning of, about 15 minutes prior to departure, we were told NOPE, technical difficulties! So all staff members, apples, cheeses, watermelons, sandwiches and snacks raced to a separate dock in order to make the boat to George's Island. En route to George's, we were told that we'd actually be able to make it to Spectacle after all. What a whirlwind of a morning! Although we were all kind of scatterbrained from the changes, we were all super excited to spend time with one another and have some fun on the harbor. Here we are on the dock prior to boarding the Provincetown II boat. Look closely towards the center: you'll see four funny people stacked on top of each other's heads. I'm in that stack of explorers. Aren't we hilarious? 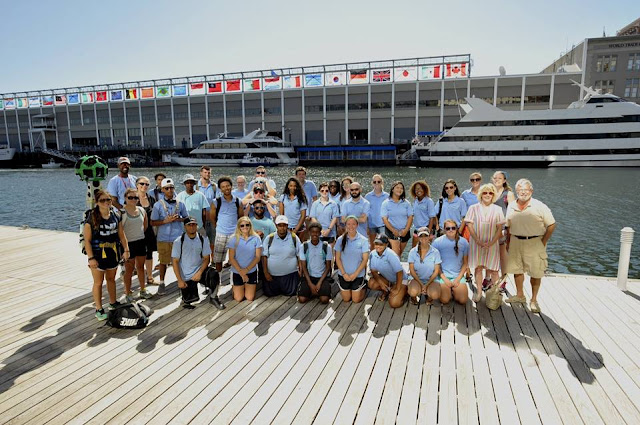 I had never been to Spectacle Island before staff day. I kind of knew what to expect, from talking with my fellow explorers and Save the Harbor staff members. We got off of the boat, and I was instantly impressed. I found myself smiling at the sights of the public taking advantage of one of the many wonders that the harbor has to offer. People were swimming, hanging out on some adirondack chairs, going for walks, and just thoroughly enjoying the day. I was so excited to get the chance to do the same with all of my new close friends that I've made this summer.

We played a game of frisbee where we formed a circle, and tried to make as many consecutive complete passes as possible. We all agreed that if we could not make it to 20 in a row, we were not allowed to have lunch. It took us a while, but we did it! Thank goodness, too, because those sandwiches and chips were delicious! After lunch, there was a nonverbal consensus to head to the water! We all conquered the rocky shore and ran into the water. It was cold, clean, and the most refreshing thing I could have asked for that day. We horsed around and had a great time, as we always do. It was so great being able to physically enjoy this lovely clean harbor that we spend so much time talking about. Staff day was truly a success! 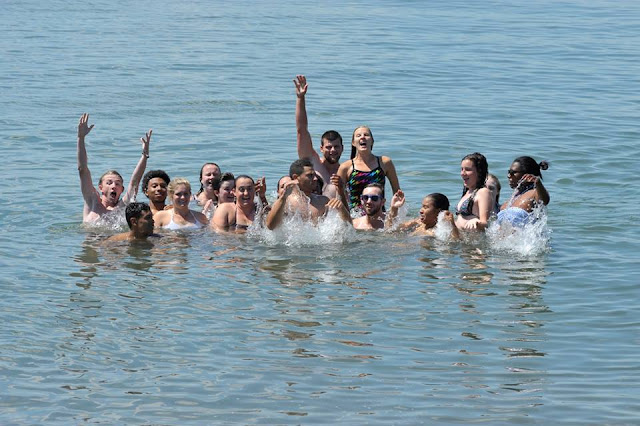