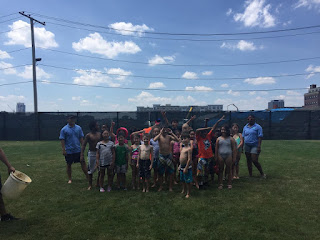 The third day at Piers Park was the day after Amanda's birthday and it was fun in many ways, like the football/rugby game that was played in the morning which left my body aching for a few days (still aching while writing this). Besides my hurts, the rest of the day was filled with the abnormal. On the dock, the rod that I left out for a kid to use caught an old fishing rod that had a ton of sturdy muscles on it. After catching the rod, Sean and I went to work on mussel cracking, opening them with pliers. There were a few defects, defects meaning they were just filled with muck since something else already ate the insides, but the ones that were full looked amazing and the inside of the shells were smooth and white.
at 6:36 PM