Hi everyone,
This summer for once again, I was a MLK Summer Scholars. This time the workshops were a little different. It was 4 workshops in total and the two middle ones were back to back. The workshops had the same instructor and the modules this time was about managing and saving your money. For some reason, I liked these workshops better then last year. We had really powerful speakers and everything this year seemed to be more smooth even though I hated the workshops. 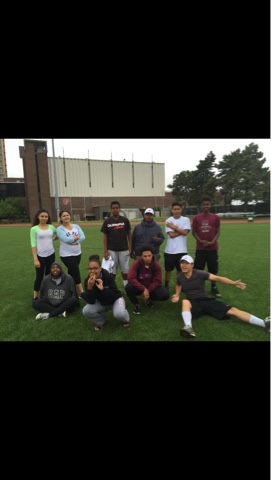 The first workshop was a welcoming workshop and they focused on fitness. This was a day that all of the 600 MLK scholars were out on the field doing some fitness and yoga. It was tiring but fun. The second and third workshops focused more on real life situations such as us building a 2030 Boston and our futures and also included games on how to spend money on your needs vs your wants. I was more interested in this workshop. The last workshop was a talent show which was held this past Friday at the Shubert Theater. A lot of the scholars had a lot of courage to go up on a stage to show their talents. It was a great ending of the program with all of the different young talented teens. Even though I hated going to the workshops, I found that they were all helpful.
Until next time,
Andrea Lopes
at 3:10 PM