Thursday I attended the Fan Pier Fishing Tournament, very excited to catch some fish. After such a slow summer at the Museum, it would be really exciting to catch a fish. I was trying to guess what type of fish it would be. Striped bass? Blue fish?
Instead, I didn't catch anything.
But if not catching anything was the price of getting to see the enormous fish my coworkers caught, it was worth it. Because those fish were huge. Bigger than anything we've caught at the Children's Museum--even the eel! Later that day I went to the Curley Community Center and helped work an event they had there that included a free concert by local musicians. There were some amazing and innovative performances, and I'm really glad I got to see some of them. While we were being serenaded we helped kids do fish prints, and even fish printed some tee shirts.
Thursday and Friday were hot. Really hot. And it was humid hot, to make things more difficult. It felt like walking through soup, and being in the heat for so long was very tiring. There were some times when I felt like I was melting, and by the end of the day all that would be left of me would be a little Sarah sized puddle on the ground. Don't worry, all of us at the Children's Museum stayed hydrated. Friday was particularly rough, but what surprised me was that people were willing to stand outside in the 90-degree weather to fish. It really impressed me what they were willing to endure to have the chance to go fishing.

This week coming up is my last week at Save the Harbor Save the Bay for this summer. The week after this I will be leaving for college, and it still hasn't registered completely with me that next Monday I won't be going into Boston to work. It's a little strange, and I know that this fact will be constantly on my mind for the next week, so I'm going to take the chance to reflect on it and write a full blog post about my summer-end reflection. Until then, enjoy some pictures. 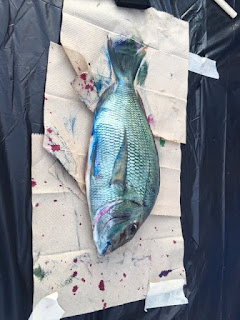 We didn't have any flounder for the Curley Beach Jam, so here's our substitute 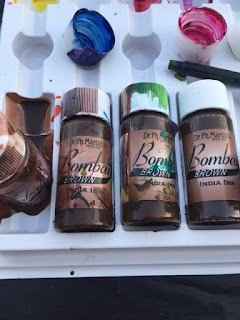 You can make any color fish so long as it's brown (we did have some other colors, but not many) 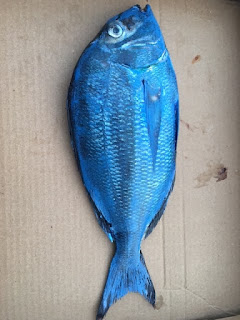 Our fish by the end of the event 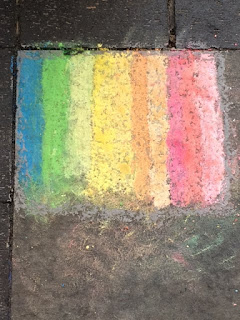 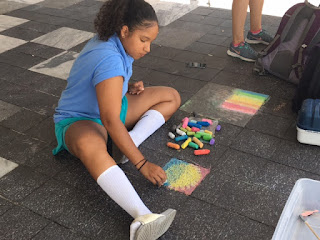 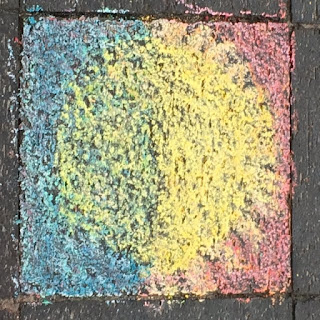 Kharliyah the artist returns to the Children's Museum 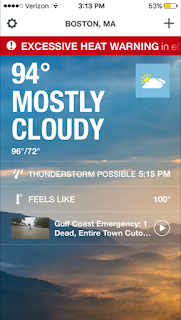