Greetings folks! I had the amazing opportunity to attend the last fishing trip of the summer with Captain Charlie and the CHV team! During this trip we snagged a couple of small fish that notoriously ate our sea worms, which we released to only be hooked once again. We ended snagging a few black sea bass and Scup. Twice I had my line break due to a fish being too large! My excitement and frustration over losing such a fish got some of the fishing club kids on board to feel the same excitement when it happened to them. On our trip back, you could see some of the staff really enjoying their last few days of summer before the fall comes around by dancing to music on the boat and hanging off the edge of the ceiling on Captain Charlies boat! 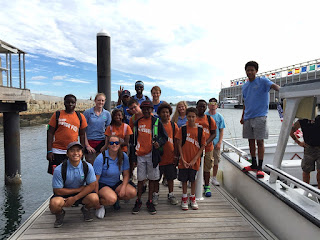 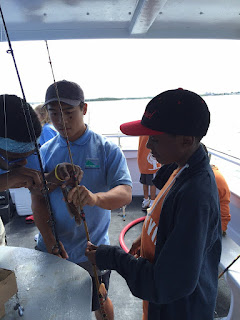 In this same week we had brought back from the office a second fish trap that looked even more superb than the first! After a few hours of letting it sit in the waters with some sliced up fish from our office's cooler, we caught a whopping number of 6 fish! We ended up using a filling a giant cooler with salt water so that we could create a mini-aquarium with the caught fish. That was definitely a highlight of this summer at Pier's Park! 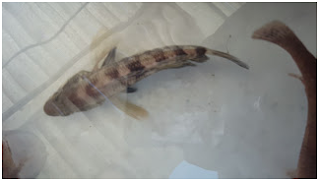 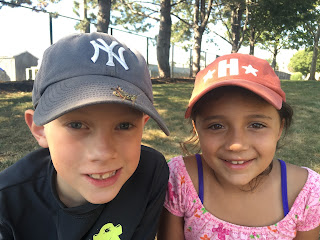 It was during the luau that I saw Amalia again and heard from her and her mom that they built a small terrarium for the small grasshopper and fed it lettuce! It stories like these that feel unreal despite being there to witness it all happen! 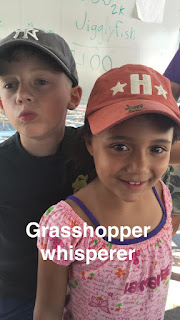