Hey guys its Jahari Crosby again. So this past Saturday me and three other of my coworkers had worked at an event called the Kids Day Concert at the Red Rock Park in Lynn. There were other programs there too that had their own stations doing their own activities. Our activity that we were doing was fish printing. My hands got so messy with paint that I still have some paint on them because I wasn't able to wash it off. We also had a treasure hunt for the kids on the beach where we would hide blue marbles and if they took a picture of one of them and posted it Save The Harbor Save the Bay website then they could enter to win a free flight from Jet Blue. Me and one of my coworkers, Chris, had roamed around the beach for a little while and found some cool shells of green crabs that we wouldn't usually see at work. 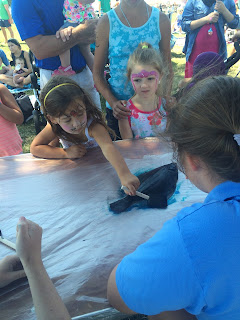 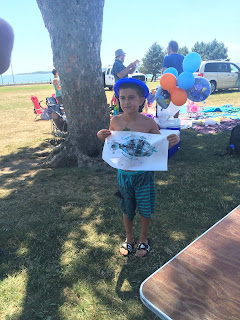 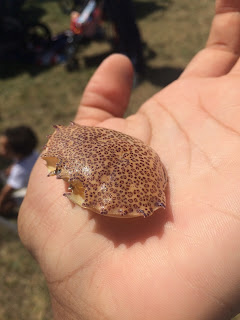 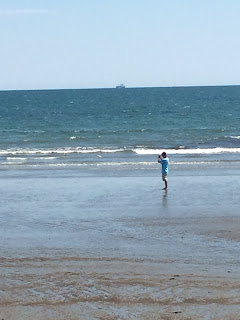