We Caught a Hook and a Weight!

The title is completely serious. At Boston Children's Museum, we have to cut the lines more often than we'd like because the hooks get caught on rocks. Sometimes we are able to save the weight, and sometimes we just had to grumble and put on another weight. Earlier this week, we had to cut several lines over the course of a few days because it kept getting caught on the same rock.
One boy who was fishing managed to reel one of the cut lines in.
All of us were speechless. It took me a few seconds to realize exactly what was happening as he was reeling his line in. I'm still a little mind boggled over all of that. The chance that his hook would fall in such a way that it would scoop up the cut line is incredibly slim, and yet it happened. It's amazing that it even happened, and I'm so glad I got to witness such a bizarre event.


This Saturday I worked the Kid's Day Concert. Like the Revere Beach Sandcastle Festival, fish printing was the main event. Except we didn't start it until an hour in. Why? Because we were acting as the pirate crew for our storyteller Nora! Nora came dressed as Mary Read, told stories, and gave out prizes to the kids. The kids loved both the fish printing and pirate stories, and it gave us a chance to tell people about the Save the Harbor Save the Bay marble hunt. Overall, I'd say it was a successful end to the week and weekend with a lot of fun and enjoyable moments. 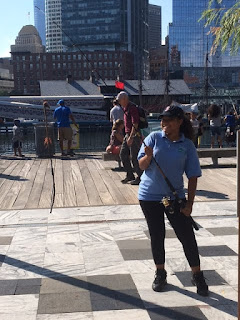 Kharliyah and her rope catch 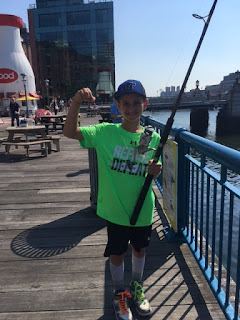 The Weirdest Catch of the Summer 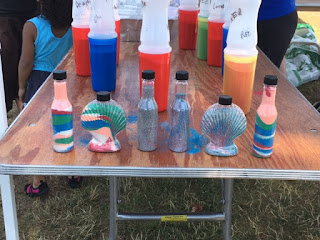 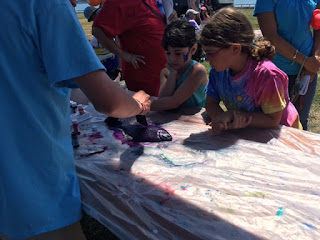 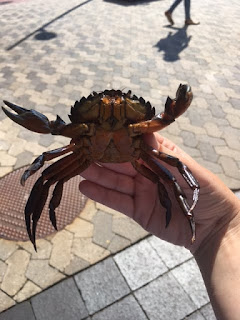