This week we mixed things up a bit and took the kids on beach walks! Instead of a fascination with shells and hermit crabs the kids took a liking to the Asian Shore Crabs. All together the kids collected over 600! We invited a little friendly competition between lighthouses to see who could collect the most! The largest amount collected by one group was over 300! 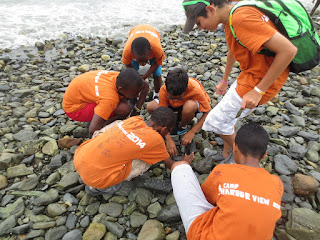 As well as the beach walks we allowed the kids in fishing club to use an underwater camera to look under the surface. Other than a few crabs and a lot of rocks we didn't see much, but the kids were fascinated with that alone! They could see an environment separate from their own and it also helped me prove to them that it wasn't their fault we couldn't catch fish at the dock; there was just none to catch!
See Yah! 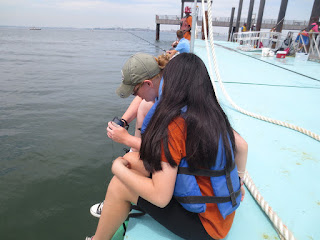 Labels: #summerof2k15, Camp Harbor view 2015, samantha bowman, Save the Harbor / Save the Bay