Spending the beautiful day at Carson Beach was fun and exciting. From getting everyone involved in a traditional game of four sqaure to playing volleyball on the summer sand. A friendly game of four square began off of my initiative skills to get the staff involved and awake early. I don't bow down from competition so as the game began to get more amped up and serious, the more I started flow with it... As well as everyone else. After the game(s), we had a photo-shoot for Bruce- which consisted of an amazing sand sculpture created along the shore of Carson Beach. 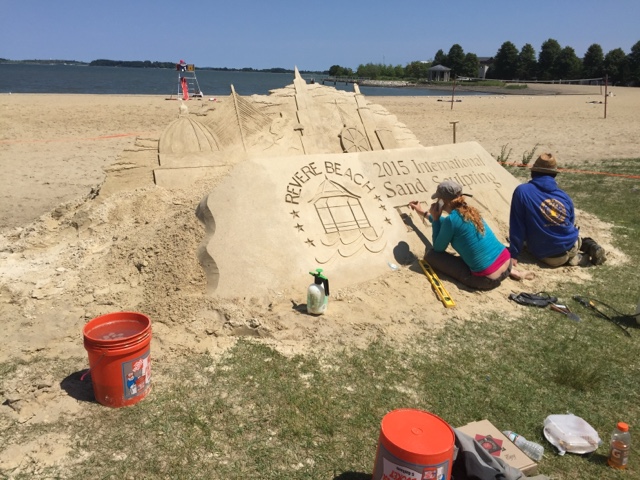 Once the shoot was over, boy did I feel like a ESPN model! But that was thes slightest of my good times. Teams were created (Lindsay & Richard VS Me & Andy) and the volleyball rivalry began.. As athletic as I am I found out that volleyball is actually harder than it looks,Ii struggled but my team got a few wins. Later Preston joined our team and D and Antonio joined the other side. It was now a game of 3 against 4. Confidence was built as we won a game! We felt invincible but then lost the next 2. Playing volleyball was a great experience for me not only because I played with my friends and had fun but because I learned something new and tried something different, which is always exciting.

On the other end of the beach, where the girls played soccer with kids, we were more concerned with Ruth's leg power to not drill the ball too hard. I mean... It is kids we're playing with! Another group of kids looked for people to go out and kayak with them. "Indeed I'll go" said I to the kids. We clipped up our life jackets and off into the Harbor we went. 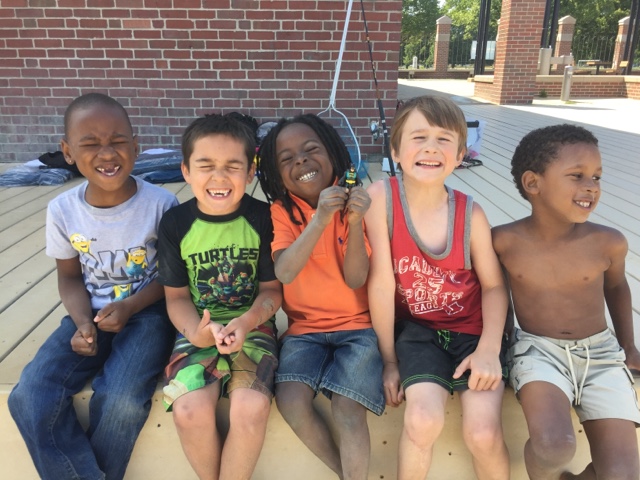 Once out in the water we raced and splashed and raced and splashed!! The kids really enjoyed themselves out there and were not afraid of the waves at all.  A group of fearless individuals who enjoyed their friday. I hope to see them again at a different sight or at Carson again.