Having a Blast at Black's Creek

This week at Black's Creek we had to change up our plans due to the heatwave that hit Boston. Water breaks became a lot more frequent, and we spent a lot more time away from the beach and in the shade. The kids, though the heat took a lot out of them, offered no complaints. Even though they didn't like the heat, they still played games and ran around to their hearts' content.


While we spent a good deal of time in the shade, most of the kids were still drawn to the water, hoping to add to their ever-growing catch report. They used their hats and the plastic cups that we have to dump water on themselves to keep cool, and their silly antics brought a smile to all of our faces. 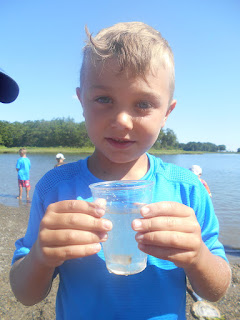 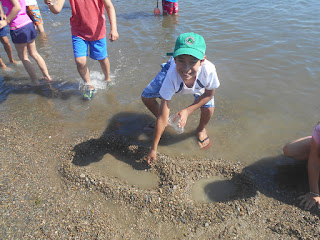 We also gained a few new members this week, and with their infectious smiles they quickly made friends.We've been lucky to have such a great group of kids that enjoy being there as much as we do. The heat did its best to keep us down, but Blacks Creek is too much fun to let something as little as heat get in the way.