So far this week has been very different in terms of things that I've done so far.  On Monday I was at the children's museum doing fish prints, and I had so much fun that I didn't realize the skate had spikes so I had little scratches on my finger tips . It was so cool seeing all the kids pick different colors. While most siblings picked the same colors they were still all unique. Then on Tuesday I was at Carson and it was so hot even before I got there. When I got there the beach looked so pretty while the soccer camp was setting up . A couple minutes later the kids started arriving little by little. Then Santiago said "let's play a game", but it sort of looked more like a warm up . It was pretty cool to be honest. The game involved numbers and fruits; although I forgot the name it was pretty fun! I'm pretty sure you guys all know Preston and how competitive he is when it comes to sports. Well , it was time to play handball and it was our team verses his. He was talking so much trash about how his team was going to win but guess what?  The team I was on won and it was so fun. 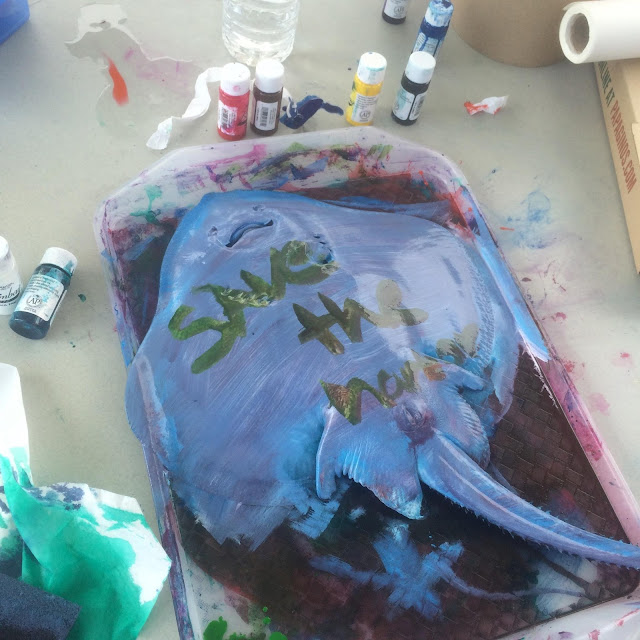