Week two comes to a close

These last two days of the week have been full of fun and laughs. We finally had a kid catch a fish at the Children's Museum. After a full day of fishing without success a boy came and asked to learn to fish, and as soon as he casted the line he was reeling it back in because he had caught a choagie. It was amazing and showed that sometimes you try your best and you don't succeed, but some people may get it on the first chance. What was even more amazing was that after he caught the perch, everyone grabbed a rod and began fishing, even though they knew it was highly unlikely that they would catch something. They had given hope, and hope is a powerful thing. 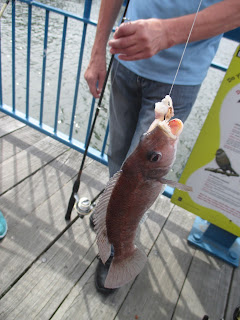 Also we now have coloring and chalk to draw on the pavement with. 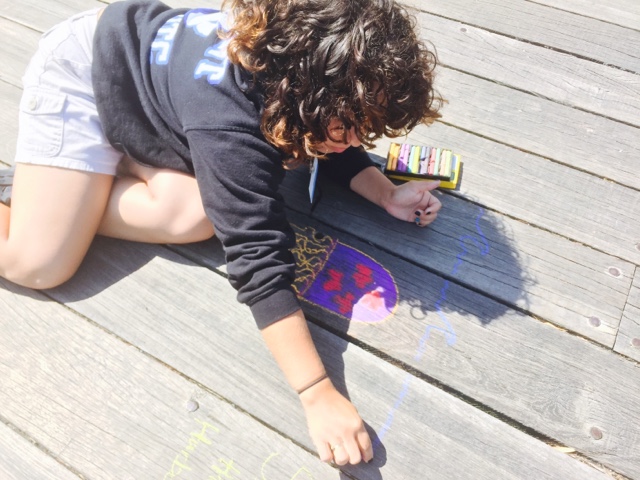 At first it seemed like no one really wanted to use it so we began using it to encourage the kids to use it as well. Though it seemed pointless it was fun. We drew each other, the skyline and various other sceneries and animals. Though we are a team, we are often working alone or in pairs on various aspects. Some of us could be one on one fishing, while others are drawing or showing crabs. So today I decided why not have a little fun, so I ran around with a tiny paintbrush tickling everyone to make them think a bug was on them. The reactions were priceless and I think I'm now being targeted for payback , but it's okay because I got a laugh out of everyone and helped wake everyone up from feeling tired after lunch. For now that's all, until next time.
~Jayda