Hey friends of Save the Harbor!
This week was the hottest week yet, but we still had tons of fun at Blacks Creek. Word about Blacks Creek keeps spreading as new campers started coming, with some of them being related to kids that already attend our program. Their arrival brought about a new sense of enthusiasm among the kids, as their excitement to start coming to a new program infected the other campers. 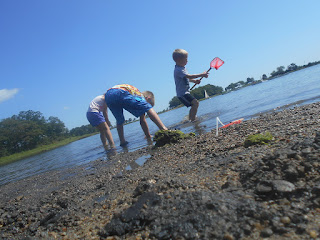 The new week brought with it new activities. One of the new campers, Nate, introduced us to revenge taps, a game that went on for so long that nobody actually won. It has the same rules as regular taps, with the ability to reenter the game if the person that got you out is eliminated. It was fun, but nobody could stay in long enough to eliminate everyone else. 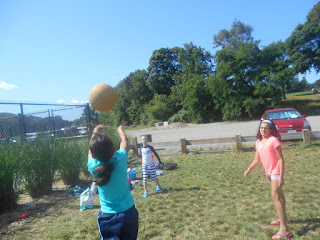 We also taught the kids the Save The Harbor song, but our initial singing didn't go too well. They much prefer Ride That Pony, though I'm not sure if it's because of the song or the dance.