Georges Island is a 39 acre island in Boston Harbor, just 7 miles from downtown.  This island is rich in history with many great features.

There are open fields for recreational use and the dock is available to the public on a first-come, first-served basis.  Despite all that, the island's most prominent feature is its historical fort. It is accessible throughout the summer and early fall by ferries to and from Boston and Quincy.

During the days of the original 13 colonies, Georges Island was composed of two major drumlins, and was used for agricultural purposes until 1825.  It was then that the U.S. government acquired the island for coastal defense.


Over the next 20 years the island was dramatically altered, and one of the country's finest forts was built. Dedicated in 1847, Fort Warren's defensive design was virtually obsolete upon completion. However, the fort did not go to waste.  It served as a training ground, patrol point, and Civil War prison that gained a favorable reputation for the humane treatment of its Confederate prisoners. After 100 years of military use, the fort was decommissioned in 1947 and acquired for historic preservation and recreation in 1958.

Today the island is a great place to spend the day and gives its visitors a first hand experience with a little piece of history.  Take time to explore the fort on your own or with a guide.  Follow its narrow halls to it’s different levels, various rooms, and potential dead ends.  You never know where you will end up! Swimming is not allowed on the island, but the docks provide great areas for fishing. Walking into the forts main yard, there is ample room for recreational activities and picnics.  Be sure to be aware of one of the islands most curious inhabitants, its small family of Canadian Geese.


The geese and rangers are not the islands only residents though; many people throughout the centuries have claimed to have seen a very unique inhabitant roaming the fort grounds.  The ghost of a woman, better known as the
Lady in Black, is said to roam the fort’s dark corridors.


The Lady in Black is the ghost of Mrs. Melanie Lanier.  She was the wife of a Confederate soldier that was imprisoned at the fort in 1862.  Legend says that when she received a letter from her husband saying he had been captured, she was compelled to free him. She traveled from Georgia to Hull, Massachusetts where she stayed at the home of a Confederate sympathizer.  She observed the fort with a spy glass and on a stormy night rowed across to George's Island and went ashore. Once on the island, she cut her hair short, disguised herself as a man, and armed herself with nothing but an old pistol.


She slowly made her way around the prison cell walls, whistling an obscure southern tune, until she heard her husband whistle back. Mrs. Lanier was then able to squeeze through the slit-window of his cell.  With the help of her husband and the other prisoners in his cell, they were able to open the cell door and begin their escape. 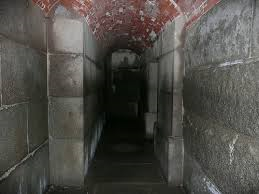 The group was almost free when the guards were alerted by their commotion.  They ran down a dark narrow tunnel, and where surprised by a guard.  Mrs. Lanier fired her pistol in a last attempt at escaping  Unfortunately, the weapon backfired and the bullet struck and killed her husband. As punishment for her deeds, Mrs. Lanier was condemned to death by hanging. Her final request was to be given female clothing.  After a thorough search of the fort for such garments, all that was found were old black robes. She was executed in these robes and buried on George's Island.

To this day, people still claim to have seen her.  In one account, a shadowy figure has been seen walking the halls, but when followed, is unable to catch up to.  Once, after fresh snow had fallen, footprints in a circular pattern were seen in the yard, but there were no prints leading up to them or away from them.  Today, you can test your own bravery by entering the same dark tunnel where she was captured.  It is said that this is her favorite place to be on the island; enter at your own risk! 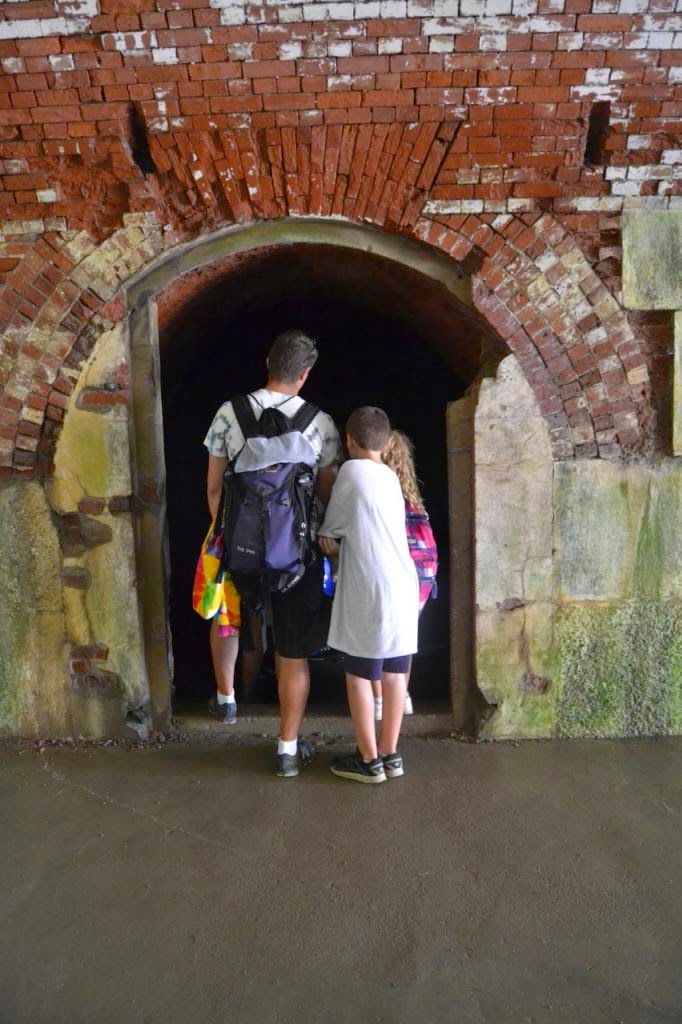 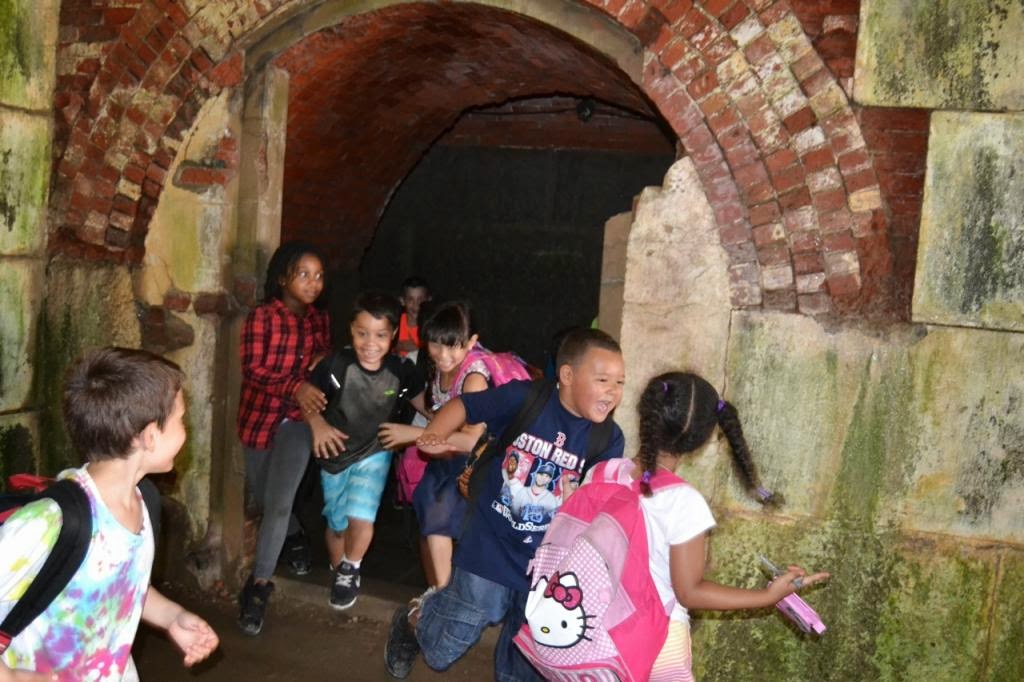 Test your bravery in the dark tunnel and plan your own trip with the links below!