In just one amazing Tuesday, I got to interact with more kids at Blacks Creek than they'd ever had in one day. Some faces were new and some were familiar, with different ages and different personalities. But they all have one thing in common: They have an insane amount of energy! Their energy makes  me feel like I'm about to retire! I wish I woke up with half the energy these kids have. Here's a picture of the many kids we had, being silly and having fun. 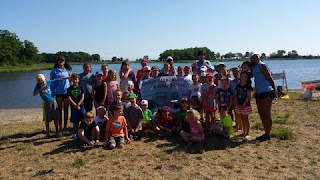 What I did with the kids was play catch. During this, most of them learned that they got the skills to pay the bills! We also brought\back an old game of "taps" that I haven't played in years! Of course I was one of the first people to be eliminated after trying to dive after the ball. At least the effort was there. While I was playing catch with some of the kids, the others were out catching crabs, hermit crabs, snails and minnows. In the end, I had a lot of fun interacting and actually befriending a bunch of the kids by bringing out the sillier side of me. 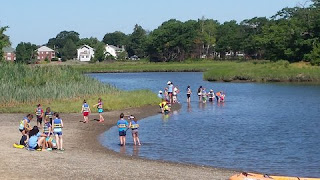