Twins, twins, twins!
Hey guys,
This week at Piers Park we had three sets of twins! All three sets were identical, except for a few minor things. 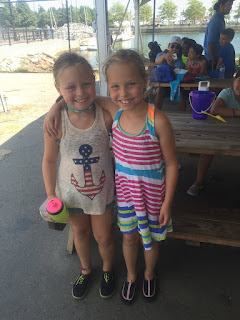 These two girls are Keira and Kylie. They look exactly the same but their personalities are complete opposite. Kylie was much more competitive in the games, and got upset when you would call her Keira by mistake. Keira was more of a go with the flow type of girl and did not mind when you would mix the two of them up. However each of their favorite activities tended to be catching crabs. The both of them loved picking up the crabs, watching them in the touch tanks, and having crab races. 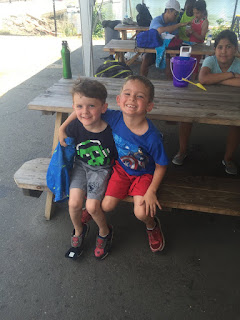 These two are Ryan and Kyle. Now they aren't completely identical in their appearance but they are identical with their personality. They are both super energetic and super interested in every single thing we do. They love fishing, catching crabs, going on a sailboat, playing games in the lawn, learning and going kayaking. They seemed to love everything that we did, especially on the dock. 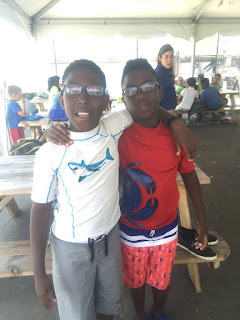 These last two were Jhordan and Dhorien. These two were a handful because they are exactly the same in every single way! They are both super high energy, and super interested in everything and neither of them follows directions. They are still great kids at the end of the day, but they are always asking "Can I go fishing? Can I go on a kayak? Can I pick up a crab trap?" all the time. It is great to see these kids so interested in what we are doing here at Piers Park.
Well thats all for this week, look forward to blogging again! #Twins #PiersPark2k16
#Siblings
Amanda
at 6:11 AM