Our new batch of Harbor Explorers are the wildest and most energetic kids out of the past two groups! Not only are they a lively bunch, but there are also three pairs of twins! A lot of these kids told me that they have fished before and have caught nothing until they were with us. Since Monday I got to see these kids get super excited pulling up crab traps with tons of crabs! Here's one pair of the twins from this week! 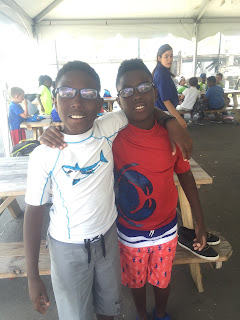 These kids are crafty! One of our harbor explorers who will go by the name of "Mark" faked his dizziness during Capture the Flag, eventually stealing my team's flag for the opposing team's victory. This next picture just shows you just how intense Pier's Parks gets for Capture the Flag! 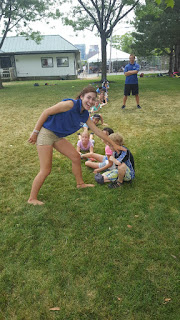 One of the Harbor Explorers who goes by the nickname "Superman" became less shy in front of the staff and other kids! This little guy is so brave and courageous! You can tell he was really nervous and shy day 1 when he left early due to being uncomfortable, and by the end of day 3 he was up and ready to run around with the other kids for the whole day! I am glad that our staff were able to help him come out of his shell and that his fellow harbor explorers were able to get along with Superman so well.

Also Tuesday was my birthday! Amanda, Ary, Sean, Paula, Cris and Zac all had a part to play in throwing me a surprise birthday celebration after work! These folks were the frosting to my cake, making my birthday phenomenal! We did not have any forks so we ended up using Doritos as spoons to scoop up ice cream cake. At the end of the day, some of the Pier's park staff told us that the it's tradition to jump off the dock and into the water on your birthday. I thought to myself, "Who would ruin such a great tradition?" 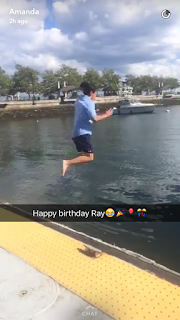 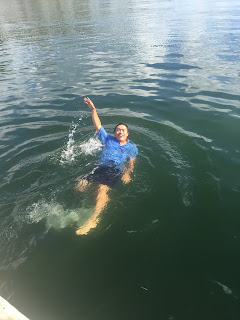 This was an awesome birthday week, and thanks for reading this!
Raymond Chai