This week we finally caught something with a fishing rod: a Squid! Joe, who is now hands down one of the best fishermen we have had in the program snagged the little critter with the help of Grace (Senior Harbor Educator)! Just before we released the squid back into the harbor, it managed to ink Sean right on the chin. 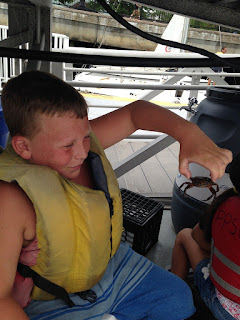 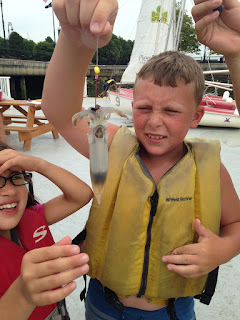 Thanks to Joe, the other kids were inspired for the rest of the day to try their luck in fishing! In the coming photos you will get to see the determined faces of the kids who wanted to catch something for themselves. 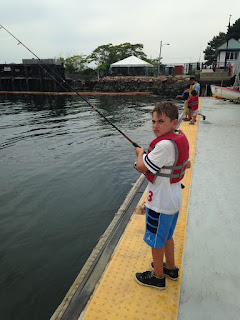 On the same day we found two pregnant crabs and saw that their eggs were of different colors. One crab had orange eggs that looked just like salmon roe, and the other had eggs that were more of a dark brown. At first I hypothesised that the orange ones were probably fertilized and that the dark brown were duds. After some very brief research, Ary and I came to a conclusion that the crab eggs change colors over their life cycle and they start off as orange and they end up brown as they near their "due dates." 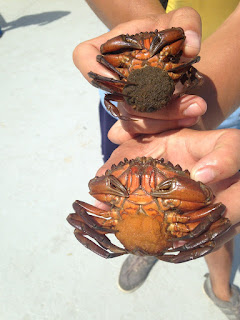 This is a picture of some of the crew releasing our little squid friend back into the harbor! 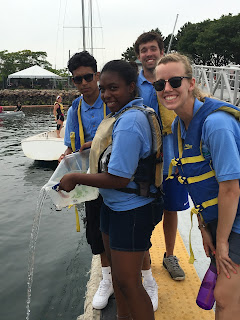 I'm looking forward to telling you all about the other critters that we'll come by in the next coming blog posts!
Raymond Chai