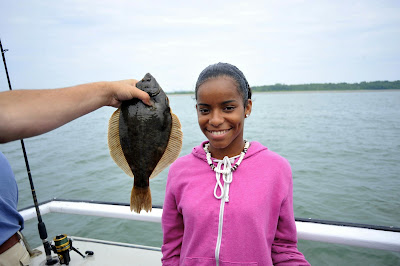 On Thursday I was on the fishing trip with Camp Harbor View. The kids were so excited to be on the trip, they wanted to get the day started earlier. Once the kids arrived at the island we pick them up in the fishing boat. Once they were on the fishing boat they were so excited to grab a fishing rod and start fishing. At first the kids started to fish and there were not many bites. But, after a little while the kids were having so much fun because of all the fish they were catching. There were kids catching flounders and black sea bass. The kids were so excited to keep fishing none of them wanted to get off to go back to camp. The kids were even more excited because they got to take the fish they caught home with them. All the kids from camp were wondering if we were ever going to do this again. Everyone on the trip had lots of fun. We didn't leave that day without everybody catching a fish.
Talk to you later
-Richard Marrero 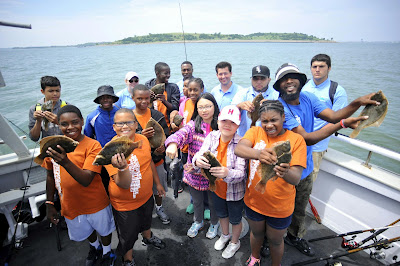