It's Monday and it's the first Day back with Save The Harbor Save The Bay. We all met up and aboard the boat. While all the kids were eating their breakfast we all went out introducing our selves. Before we got to the island we took a tour of the harbor and the islands. Then we all went up to the top deck of the boat and we played trivia with the kids about the harbor. They also had some songs and different dances to follow along to. After a while of all that we docked at CHV. Once we got there we took a tour of the island and met the kids from the fishing class.
On Tuesday we went back on the boat and took the ride down to CHV. Once down there we got everything thing set up. We had a group of kids come to the dock where we had a fishing poles set up for kids to fish. We also had a stripe bass there for kids to hold and to learn about.  Later, the fishing club came out. Once there we let the kids fish, but no luck. But I'm sure the kids will catch something before the summer is over.
-  Talk to you Later
Richard Marrero 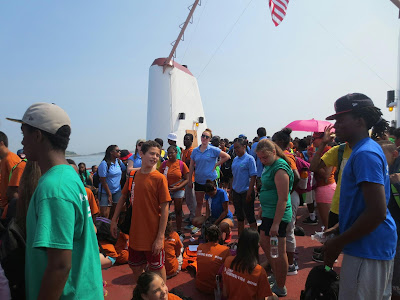 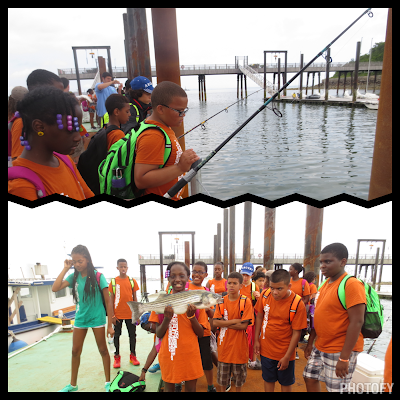