This past week, I have been at both Black's Creek and Carson beach, While at black's creek, we caught hermit crabs, snails and other types of crabs with the kids. Of course we released them back to their habitat at the end of each day. We then played some games with the kids, and even though it wasn't the best weather, the day was still fun.

Moving on to Carson Beach! At Carson Beach, I got the chance to kayak for the first time. Despite the fact I was far behind the others, I had fun. I was also the only one who took out a kayak on my own. Afterwards, I tried to do some sand raking with some of the kids in the afternoon, which was fun to do. At the end of the day, we actually lost a part of one of the sand rakes .. Oops! Despite that, I had fun interacting with the kids and joining them in few of the many activities that were going on at both Carson Beach and Blacks Creek.

Until next time, Kent 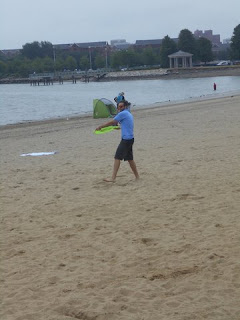 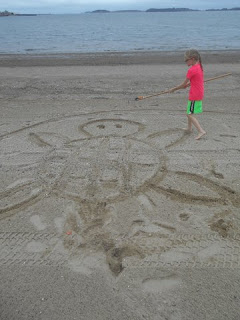