Coconuts on the Charles

On Monday my All Access group when to Community Boating on the Charles River. I met some cool kids while there like Edward and Jack who were from London, England. While there, Carlos and I went kayaking. I've never gone kayaking before, but apparently I'm pretty good at it. Edward and I were in front of a group of about 5 or 6 kids when Edward saw something a little out of the ordinary on the river. He found a huge group of coconuts just floating on the side of the river. I honestly couldn't believe it, I started laughing so hard I almost tipped over the kayak. After I was done laughing I paddled over to the group of coconuts, picked one up and placed it on the kayak. 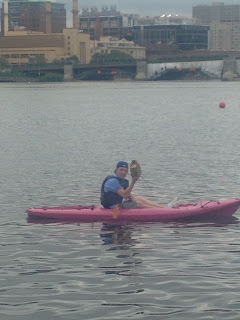 After we were done kayaking, Carlos and I switched with the girls and went fishing. While fishing, Edward started talking to me about England leaving the E.U. Mind you, this kid is about 10 or 11 years old. I honestly think he is smarter than me! Edward was telling me how the English pound is now one of the lowest forms of currencies in the world and now how when he goes back to England he won't be able to vote anymore. All in all, it was a great time, and I enjoyed learning more than I had expected to. Chris 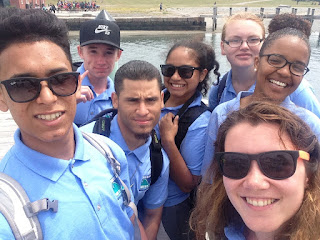